Batman Arkham Knight – the Size, the Batmobile, the Combat and the Nature of Batman

In an interview with MMGN, Rocksteady producer Dax Ginn, shared some information on Batman Arkham Knight, the highly anticipated finale in the Rocksteady Arkham trilogy. coming to the PC, PS4 and Xbox One on June 23. 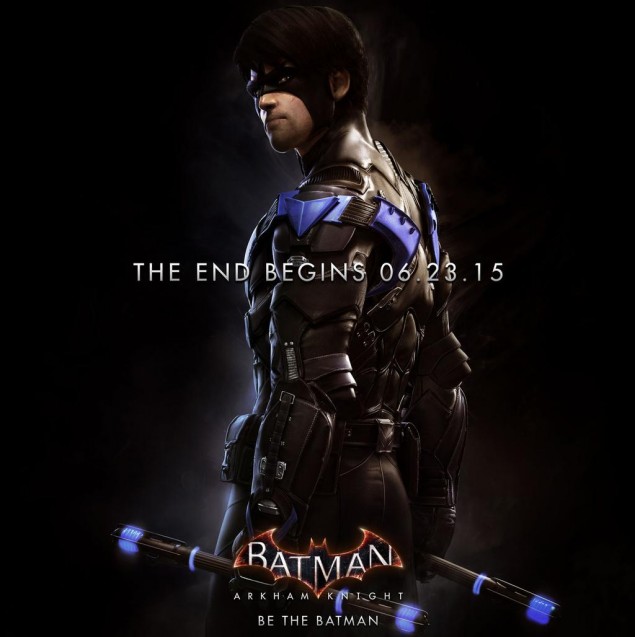 Ginn explains about the size of Arkham Knight and how the team handled the massive increase in scope over previous titles.

Oh, it’s really hard work. Arkham City was five-times bigger than Arkham Asylum and Arkham Knight is five-times bigger than Arkham City. In the space of eight years, to go from a factor of one-to-25 in terms of the scale of what we’re making...certainly the team isn’t 25-times bigger. We went from a team of 26 guys at the end of Asylum to about 100 and the end of City and now we’re about 160. But most of that is artists because we’ve just got so much territory to build when you’re mapping out the entirety of Gotham, filling it with all of the detail and all of the graphical niceties that we do with our games, because we still love doing that.

Of course. Combat is obviously a big part of what we do. Stealth and forensics as well. Adding new features like the multi-layered tissue scanning and crime-scene investigation. We’ve just tried to add and evolve everything and I think we’ve set ourselves a huge mountain to climb with this game. The addition of the Batmobile alone was a huge technical thing to make it work, so we’re obviously knackered.

Discussing the inclusion of the Batmobile, Dax Ginn states:

That was actually something we were terrified of very early on when we were thinking about putting it into the game. If this was just going to turn into a driving game, then we would have totally failed. So we really wanted to tie the capabilities of the Batmobile into what Batman can do.

Ginn goes on to explain what the new gen has enabled the studio to achieve.

The thing that this generation gives you is streaming. So when you’re driving through Gotham City at 100-miles an hour, the city needs to move past you quickly. And when that city is very highly detailed -- because you can stop and get out and go and look at the rain coming down a lamp-post, and it’s all there -- but when you’re driving quickly it needs to move past you very, very fast. So data streaming is what this generation does with much more horsepower than last generation. We wouldn’t have been able to have a Batmobile moving anywhere near the sort of speed on previous gen, so that’s the difference. We would've had to clock the Batmobile at a lot less to make that work. There’s no point doing that because in your mind, the Batmobile moves at high-speed, it’s a fast car, so if we can’t make the car move fast in the game there’s no point having it in the game at all. That’s certainly why we had to commit to the newer consoles.

Ginn explains that the nature of Batman as a character is what gives you focus in the game to pursue your goals instead of going off to do your own thing as in other open world titles.

Yeah well, in lots of ways that’s what you expect from an open-world game, whether it’s Red Dead or GTA or whatever. That’s the sort of experience that you expect with a game world like this. But the final objective of this is to make sure you always feel like you are Batman. We don’t put trivial crap into our game like, “Go and collect ten flowers!” [laughs] because Batman would never do that, right? So everything you do has to pass that test. Like, does that make you feel like Batman?

Ginn explains about the free-flow combat system and the addition of dual play:

We’ve got a very clear philosophy: if it ain’t broke, don’t fix it. Because it’s served us so well over the years but at the same time we understand the expectation that a new game should have innovations right across the spectrums. So the addition of dual-play is a big feature that we wanted to include in free-flow, but we were aware of the fact that it needed to feel like a natural extension rather than a distinct mode, and that if at any point it felt weird or clumsy or not free-flowing, then we’ve done something horribly wrong. So the introduction of dual-play just feels really right. You’re still fundamentally doing the same things, because it’s a new component and graphically it’s very spectacular.

Ginn continues that the use of the combat system by other publishers was flattering for them.

It’s very flattering for us. It’s certainly not something we feel negatively about. We kind of imagine that there’s very talented developers all around the world sitting there tasked with creating a combat melee system in a third-person adventure, and they try a lot of different ideas, but then come back to the conclusion that the free-flowing system that Arkham features is the best way to do that. That’s a really nice thought that they’re trying to do something better, and might not be able to do so, so turn to us. So I think we nailed it and have done something pretty special.