Batman: Arkham Knight is one of those games that left its fans in misery after, according to the reports, the developer announced that the game needs more developmental work and thus instead of coming out in fall this year, the game will be released in early 2015. No specific release date was given by Warner Bros. but now, according to a pre-order listing of the game on official Microsoft Us store,  it seems like the game will hit the local shelves on February 24, 2015. 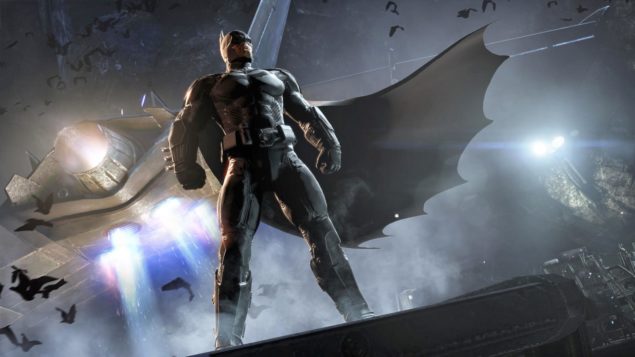 Being developed by Rocksteady Studios for the latest consoles and PC, Batman: Arkham Knight is an action adventure video game that was expected to release in fall this year but a few weeks ago, Rocksteady Studio announced that the game would be delayed into 2015 and the E3 Trailer of the game also confirmed the news. Warner Bros. Interactive Entertainment, the publisher of the game, did not reveal any specific next year release date, but now the game's listing on Microsoft' official US store shows that it will arrive early next year on February 24.

The leaked Batman: Arkham Knight release date was first spotted by a hawk-eyed NeoGAF member who was smart enough to take a screenshot of the page. Surprisingly enough, Microsoft has not bothered to remove the release date from the listing and it is still up there (at the time of writing). This release date is supposedly meant for Xbox One and Microsoft Windows versions of the game, and there is no word on whether the PlayStation 4 version of the game will get a similar release date or not, but if this leaked listing is anywhere near reality, the game will likely release on Sony's latest video game console on the same date. The screenshot of the listing on Microsoft US store page can be seen below.