YouTube channel Batman Arkham Videos has released some footage showcasing a new mod that enables players to take the role of Bruce Wayne's butler, Alfred. Even though Alfred Pennyworth's moveset is somewhat limited, that doesn't stop him from beating up thugs. 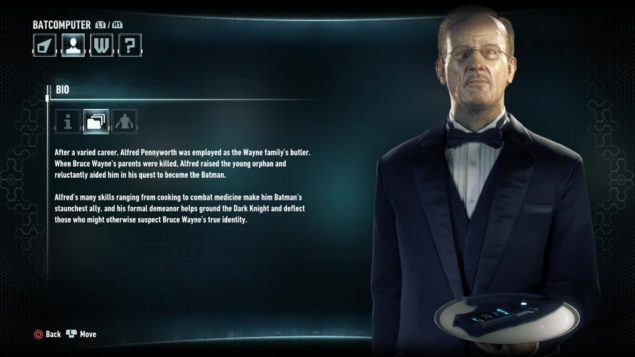 You can watch Alfred in action in the video below:

A big thanks goes to tchi6 for finding a way to use non-playable characters in the game. Check out this site for more info: http://cs.rin.ru/forum/viewtopic.php?...

Also thanks to MrJAG (https://www.youtube.com/channel/UCdST...) for the Joker Batmobile Mod