Have you decided it's finally time to play Rocksteady’s Batman Arkham trilogy? Or maybe you've already played the games, but want something nice to put on your game shelf? Well, you’re in luck, as a new Batman Arkham Collection Steelbook edition is on the way. This existence of this fancy new physical version of Batman Arkham Collection (which launched on digital platforms last year) was seemingly leaked early by Amazon over the weekend. Here’s the official description. 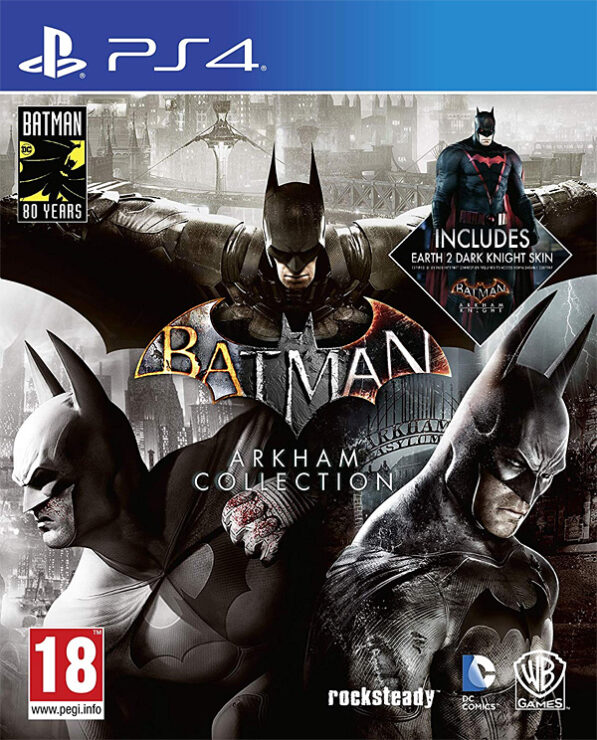 Batman: Arkham Collection brings you the definitive versions of Rocksteady’s Arkham trilogy games, including all post-launch content, in one complete collection. Experience two of the most critically acclaimed titles of the last generation -- Batman: Arkham Asylum and Batman: Arkham City, with fully remastered and updated visuals. Complete your experience with the explosive finale to the Arkham series in Batman: Arkham Knight.

A representative from Rocksteady has since confirmed the new Steelbook package is the real deal. Interestingly, it seems this physical version of the collection may only be coming to the UK/Europe. I suspect it will come to North America eventually, but nothing has been announced yet.

Quick info for the players who have been asking. Batman: Arkham Collection is coming to Europe in Sept, and includes the E2DK skin (the first time it's available outside NA). Early next year E2DK will be released as a free download for everyone who owns BAK on PS4 worldwide.

If you buy the new Batman Arkham Collection steelbook for PS4, you also get an extra goodie – the Earth 2 Dark Knight skin. This outfit was previously released in North America in limited quantities through a Mountain Dew promotional campaign and to people who attended E3 2015. This is the first time the skin has been released in Europe. It will be exclusive to those who buy the Steelbook for a few months, before being released to all PS4 owners worldwide in early 2020.

The Batman Arkham Collection Steelbook will be available in Xbox One and PS4 version on September 6.