The new DLC pack “Harley Quinn’s Revenge” for "Batman: Arkham City" made its debut trailer with a release date and will come with the "Batman : Arkham City"  Game Of the Year Edition.

Downloading starts on May 29th, "The Revenge" will send gamers back to the Arkham City for a final challenge where gamers will use both Batman And Robin to take control over Harleys's plans and to shut down the gates on gotham prison forever, both playable characters will use dynamic duo’s unique combat skills and investigative mentality to solve Quinn's mysteries. 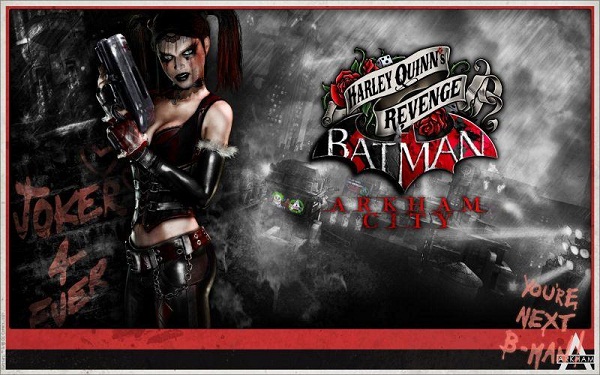 Apart from the whole new storyline, environments and brilliantly animated combat with Harley's new army of thugs makes the execution simply perfect, if that is not enough the game of the year edition will feature all the updates to date including the previous dlc packs, skins and challenges.USA and Canadian gamers will get an advantage of  free movie download of the recent Batman: Year One film.