Base Galaxy S22 Shows Up in a Real-Life Image

The Galaxy S22 Ultra reared its head earlier this year, and well, now the base Galaxy S22 has done the same thing and honestly before I reveal the phone to you, I do have some concerns that I will talk about in a while but this needs to be talked about.

The Base Galaxy S22 Does Not Look Like its Elder Sibling

The leak is coming from Ice Universe who showed shared a single real-life image of the Galaxy S22 with us, and well, the phone looks like it is the black variant of the device. You can see three rear cameras in the back along with the LED flash module. We are expecting the phone to have a 50-megapixel wide-angle lens, as well as a 10-megapixel telephoto lens, and an ultra-wide-angle lens along with it. You can look at the phone below. 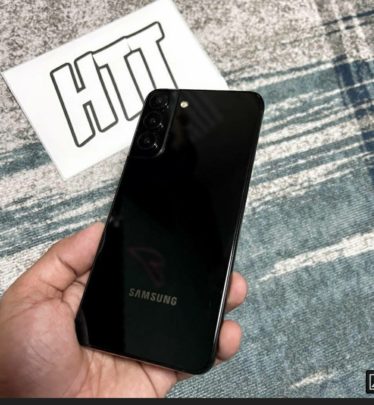 The image sadly only shows us the back of the phone which looks like a glossy finish but considering how the image is dubious at best, it leaves a lot to the imagination.

The one thing that is very evident with the image is that it does give a clear idea of what the design language is going to be with the Galaxy S22 series. It also is very apparent that the base devices are not going to follow the same footsteps as the Ultra variant and that might be a letdown for some people.

As we are going to get closer, we will be seeing more and more leaks that will shed light on what the device will be all about. I am really looking forward to seeing the Galaxy S22 Ultra of all the devices as that would mark a new milestone for Samsung and a new journey for the Galaxy S series. Let us know what you think about the leak.