Banjo and Kazooie Announced for Super Smash Bros Ultimate; To Arrive in Fall 2019 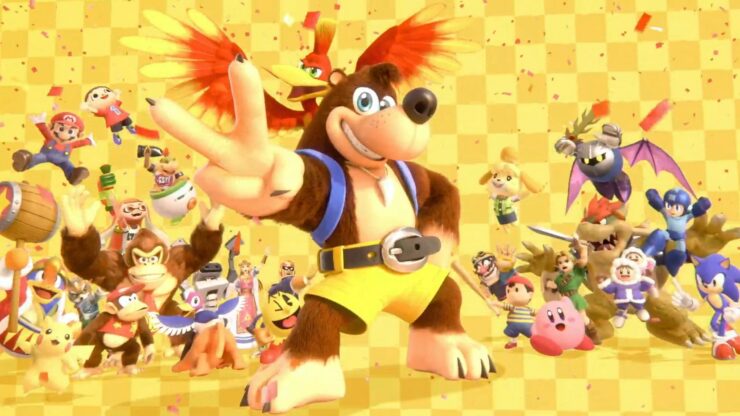 During Nintendo’s 2019 E3 Direct, Banjo and Kazooie have been announced to arrive in Super Smash Bros Ultimate later this year.

The duo from developer Rare, owned by Microsoft, will arrive in Fall 2019 alongside a brand-new stage.  We’ve included the video that Nintendo released down below alongside some screenshots:

Your favorite bear-bird duo, Banjo & Kazooie, is joining Super #SmashBrosUltimate! Grab the Fighters Pass and get ready for when Banjo-Kazooie arrive on the battlefield this fall. https://t.co/hJmYO8YgVN pic.twitter.com/tsypQJpdBC

More information about Banjo & Kazooie in Smash will be shared later on.

Super Smash Bros Ultimate is available now globally for the Nintendo Switch. The popular brawler was released for the Switch back in December of last year.