The next Baldur's Gate game is going to be revealed very soon. A new countdown timer has appeared on Beamdog's official Baldur's Gate website that's counting down until July 9th. 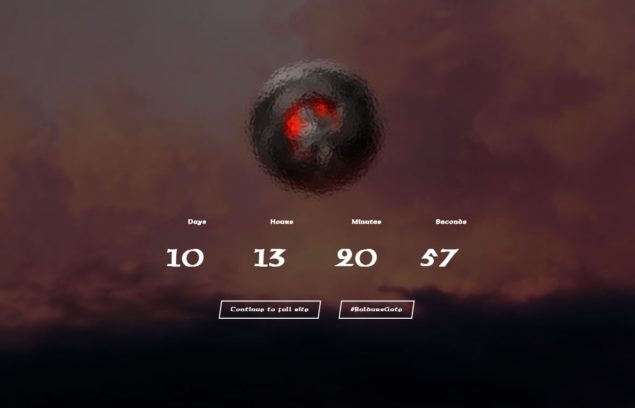 The next title in the Baldur's Gate mythos, or working title Adventure Y, is on it's way. July 9th 2015 will be the official reveal date.

Beamdog has been working on the next Baldur's Gate for quite some time actually, since at least 2012, so this is a long time in the making. This past January they even revealed the direction that their Adventure Y is going to take, making a bold move by finally filling in a critical part of the Baldur's Gate story. It's rumored that the story will follow the Bhaalspawn, and perhaps even provide more insight into Abdel's origins.

"We’ve mentioned before that Adventure Y will be an addition to the Baldur’s Gate line using the Infinity engine, bridging the gap between Baldur’s Gate: Enhanced Edition and Baldur’s Gate II: Enhanced Edition. Keep an eye on the Beamblog in late spring for announcements regarding the content and release date of Adventure Y. We have an exciting release planned for this game, something bigger than we’ve ever done before."

This is an exciting project for everyone involved, Beamdog and fans of isometric RPG's. The revitalization of this genre has taken it's time, but the release of the Enhanced Edition of both Icewind Dale and the Baldur's Gate collection show just how valuable and enjoyable these game have been for a lot of people.

Stay tuned for the official Baldur's Gate reveal next week, where we'll hopefully get to see a little gameplay and perhaps hear of the grand story. My hope is that Drew Karpyshyn helps write the mythos.

What is everyone here expecting from the next story in this series? Is anyone else excited about the revival of Baldur's Gate?