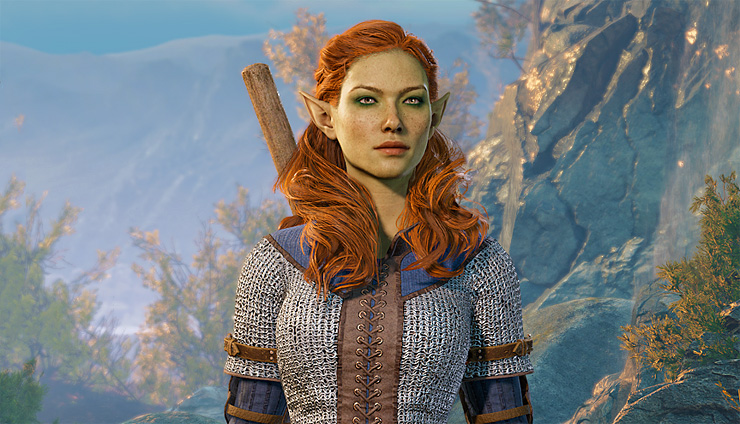 Baldur’s Gate 3 releases in early access next week, and we already know a bit about what kind of content to expect – Larian has promised a 20-to-25-hour campaign, that will let you engage in 80 combat encounters, meet 596 NPCs, and unleash 146 spells, but what about who you’ll be playing as? How will character creation work, and what fantasy races and classes can you choose from? Thankfully, Larian has provided some new details on the process.

Due to the high level of detail in Baldur’s Gate 3, Larian has opted for pre-made faces based on scans of real people, instead of letting people create their own. At launch there will be 150 heads to choose from with plans for many more to be added to the full game. As for the races, there will be 8 main races (Human, Githyanki, Elf, Half-Elf, Drow, Dwarf, Halfling, and Tiefling) with many having sub-races like High Elves and Wood Elves. Check out the full rundown of all the races, below.

The most common face to see in Faerûn, humans are known for their tenacity, creativity and endless capacity for growth. They live fully in the present -- making them well-suited to the adventuring life -- but also plan for the future, striving to leave a lasting legacy.

Githyanki are peerless warriors from the Astral Plane, known for their legendary silver blades and red dragon mounts. They seek the total destruction of mind flayers, whose ancient empire enslaved the githyanki for millennia.

As for classes, you can expect the classic D&D lineup of Cleric, Fighter, Ranger, Rogue, Warlock, and Wizard, with a number of subclasses also being available.

In other Baldur’s Gate 3 news, many noticed that the game’s PC requirements have been updated and now say you’ll need an eye-watering 150GB of hard drive space. Yikes! Thankfully, Larian’s Michael Dowse has stepped in to say the early access version of Baldur’s Gate 3 will actually only be around 80GB. A little more reasonable, although I shudder to think how big the full game will be!

install size is around 80gb, it doesn't take up 150. We like you having at least 150gb because that's just good for u

Baldur’s Gate 3 launches in early access on PC (via Steam and GOG) and Stadia on October 6.