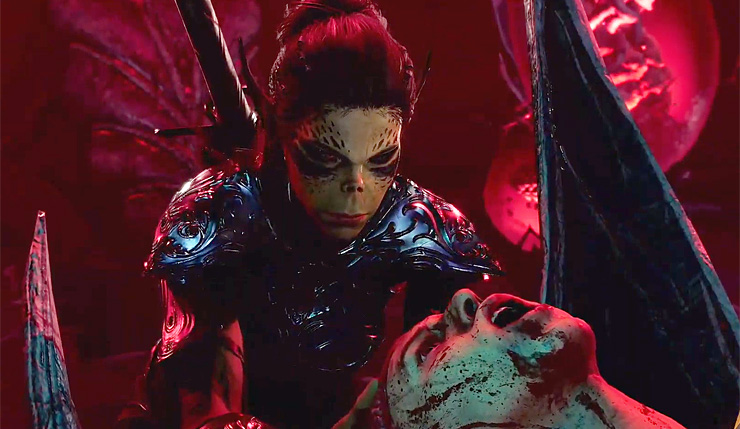 When will we finally get to go hands-on with Baldur’s Gate 3? Larian Studios initially staked out August for the game’s early access release, but with the month now more than half gone, it’s pretty clear that’s no longer happening. Thankfully, Larian provided fans with a new date today during their “Panel From Hell” livestream – September 30. Or possibly early October. As usual, Larian’s CEO Swen Vincke gave himself some wiggle room, as he wants to give his team enough time to properly optimize the beta, but development is “looking okay” and he’s optimistic they can hit the September launch date.

In addition to the early access release date, Larian also provided an extended look at the game’s opening cinematic, and some new quick gameplay snippets, including a gruesome interaction with an Intellect Devourer – a monstrous living brain that party member Lae'zel literally rips out of somebody’s bloody skull. Jump to 29:15 mark in the video below for the extended intro cinematic, and 56:00 mark for the Intellect Devourer grossness. Of course, plenty of other ground is also covered during the panel, so check the whole thing out if you have 90 minutes to spare.

Getting back to the early access beta, Larian provided some further detail about what will be included in it. You’ll be able to play up to level 4, engage in 80 combat encounters, encounter 596 NPCs, unleash 146 spells and other actions, and get in on 4-player online action. Overall, expect around twice as much content as the Divinity: Original Sin 2 early access release. Sounds like the BG3 beta will be bigger than many full games!

Not sure if your PC will be up to Baldur's Gate 3? The game's minimum and recommended PC requirements have also been revealed:

Players will be able to get the early access version of Baldur’s Gate 3 on Steam, GOG, and Stadia. The game has yet to receive a full release date. So, what do you think? Will you be jumping into Larian’s latest fantasy world early?