After the release of Samsung S8500 wave, Samsung's first Bada handset, 4 new and cheaper Bada handsets have been found, along with their price estimates, and they seems to be more affordable. They were shown by Samsung in a figure along with their position in comparison with the S8500 Wave at an event at St. Petersburg. All four are cheaper as compared to the S8500. All four have touchscreens and two have QWERTY keyboards.

As it can be seen in the figure that the cheapest handset costs $340 and the most expensive of the four costs less than $685. Samsung also claims in another slide that it'll take over Nokia in the market share. 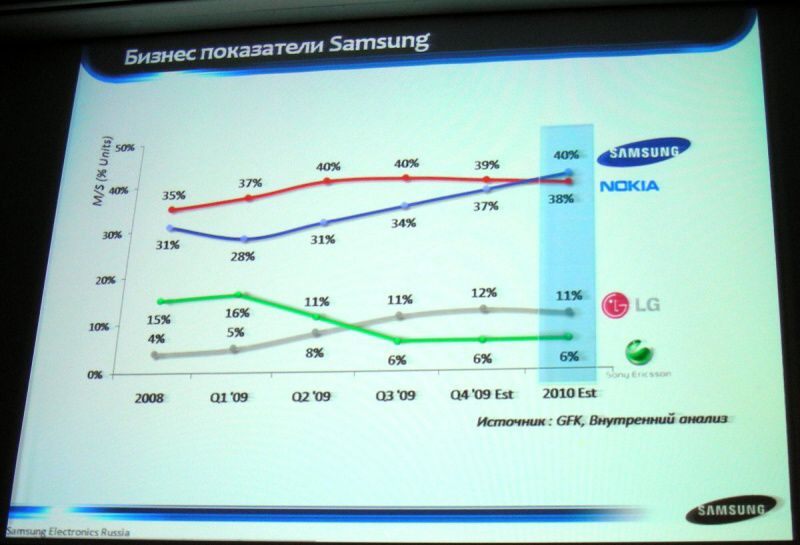