Audi Has Finally Made Diesel Fuel From Carbon dioxide and Water

Audi, a German car manufacturing company has finally produced a diesel fuel which is carbon neutral in nature. As reported, this fuel has been made exclusively from renewable energy sources, water and carbon dioxide. The new fuel is called e-diesel and it has already been used in an Audi A8, which is currently owned by Johanna Wanka who is the Federal Minister of Education and Research of the country.

This seems to be a great step towards making environment friendly means of transport, that too is more exciting when its done by an automotive giant itself. Audi has also set up a pilot plant in Germany.  This plant is current operated by a tech company Sunfire which promises to pump out approximately 160 litres of the synthetic diesel each day in the near future.

The Blue Crude, which is their base product has been made through a three step process which involves the harvesting of renewable sources of energy such as hydropower and wind as the first step. The second step is to use this trapped energy to split water into more useful oxygen and pure hydrogen constituents. This is done through a process called a reversible electrolysis. This pure hydrogen is used by mixing it with carbon monoxide. Where carbon monoxide comes from the atmosphere's carbon dioxide. These two are put to react together under high temperature and pressure which eventually concludes the production of the hydrocarbon's long chained compounds. This all lead to a final product in the form of Blue Crude. 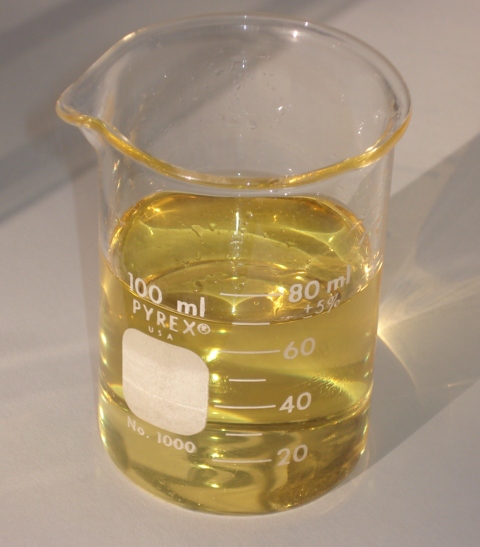 Finally, when the refining is completed, the e-diesel produced as a result can be further used by mixing it with current diesel supply or else it can also be used separately to power cars which makes it a better and sustainable mode of fueling transportation.

The e-diesel is expected to sell for around 1 to 1.50 Euros per litre. However this is directly dependent on the cost used to generate renewable electricity. Since Sunfire is only pumping out 160 litres, it is not really going to change the market set up easily but it is expected to be functional at a higher scale soon. This in turn will make the fuel consumption relatively more competitive, more accessible and cheaper compared to the present consumption.

"If we get the first sales order, we will be ready to commercialise our technology", said von Olshausen.