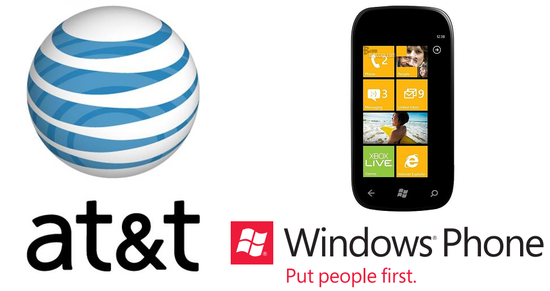 AT&T will be rolling out the Windows Phone 7 Mango update for three of its devices, the Samsung Focus, HTC Surround and LG Quantum starting 27Th September. The Mango update will hopefully be a turning point for Windows Phone 7 and its safe to say, every WP7 user is waiting for its release. If you're an AT&T customer, you'll be able to get the update sooner than most people starting September 27th.

The update will be rolling out for 4 devices as of now. If you have a LG Quantum, HTC Surround or a Samsung Focus Rev 1.3, you can get the update on the 7th. Samsung Focus Rev 1.4 owners will get the update on the 31st of October whereas HTC HD7S owners can get it somewhere in early-mid October. No word on the Dell Venue Pro though so its possible Dell will make a seperate announcement and roll out the update directly. You can see the email confirming the above details below courtesy of WPCentral.