AT&T Will Be Raising And Adding More Fees For Its Next Customers, Says Leaked Memo

Bad news for current and future customers who are subscribed, or will be subscribing to service being delivered by AT&T in the foreseeable future. Like all corporations, AT&T has become a victim of greed and according to leaked details, the company is going to start charging its customers, particularly news ones that are signed or have already sign up for the AT&T Next equipment installment plan. 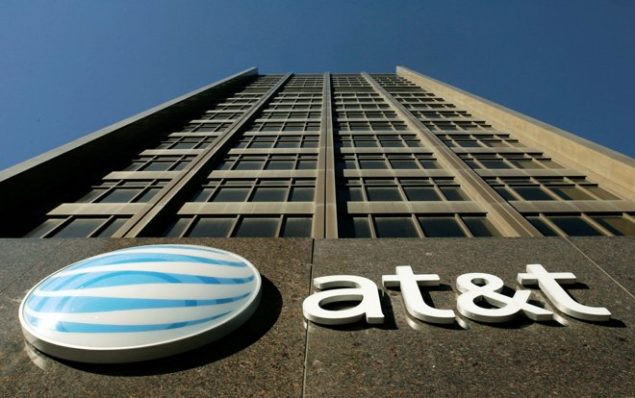 CrackBerry got its hands on a leaked memo which states that upcoming subscribers are going to have to pay an additional $15 when they decide to purchase a smartphone from this carrier. The $15 fee is considered to be an activation free of the handset. Additionally, if you look carefully, you will also be able to view that that fees for those customers that are part of AT&T's BYOD service have also been increased.

The source also reports that a $5 increase in upgrade fee, and $15 activation fee will apply to all customers beginning from August 1. Customers who are currently making payments under a Next Installment Plan will not be required to pay on their next upgrade. 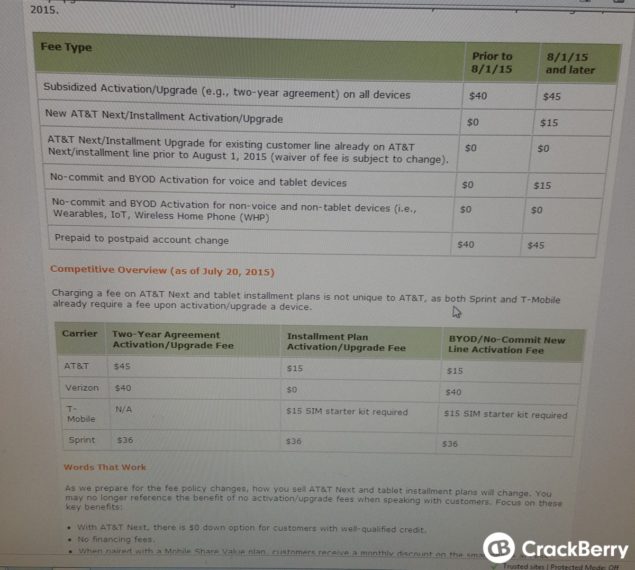 Currently, there is no information on the pricing plans on T-Mobile, but we are confident that we will find out soon enough. As for AT&T, looks like a lot of existing customers and those individuals who were intending to switch to the carrier are going to be furious with the money making tactics of the company.

We will be providing you with more details on what happens next. Stay tuned.