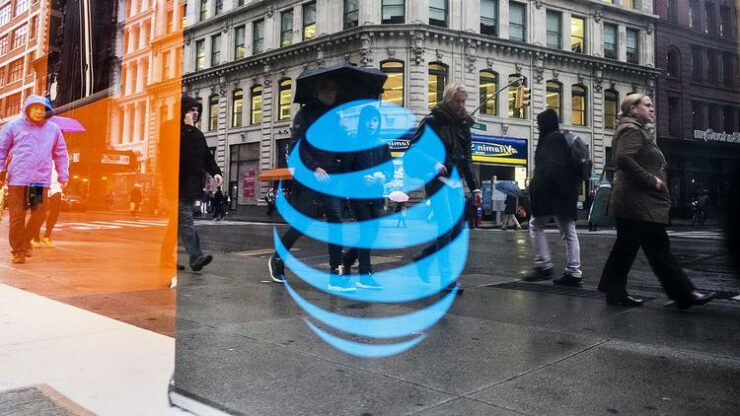 We reported on October 18th that AT&T (NYSE:T) was actively negotiating with the hedge fund Elliott Management Corp. in a bid to cool down the investor’s ongoing campaign aimed at bringing about significant changes at the telecommunication and media conglomerate (read our relevant coverage here for additional context). Well, now it appears that the embattled telecom giant has capitulated to almost all of the demands put forth by Elliott Management as it unveiled today a three-year strategic plan along with a number of other commitments.

As part of its strategic plan, AT&T announced a set of ambitious financial targets designed to increase revenue and profit each year during the next three years. Moreover, the company provided a commitment to completely pay off the debt related to its $80 billion acquisition of Time Warner last year and to conduct a comprehensive review of all non-core businesses that can be sold or split off into a partnership with other companies. Crucially, the company now expects Randall Stephenson to remain the Chief Executive Officer (CEO) through at least 2020. This is important as the purported decision by Mr. Stephenson, conveyed during internal deliberations, to step down as early as next year precipitated this standoff and played an important role in bolstering Elliott’s resolve to publicize its gripes with the company. Upon his eventual retirement, however, AT&T plans to separate the roles of the chairman and the chief executive officer. Moreover, two directors are now expected to quit the company’s board after 18 months, thereby, paving the way for fresh inductions, as per the demands of the activist investor. Additionally, as per an internal source, Elliott Management is supportive of the board member that AT&T is expected to nominate this year at the upcoming board meeting.

To reduce its debt pile of $153.5 billion, measured at the end of the third quarter, AT&T has been on a selling spree and has recently sold its assets in Puerto Rico to Liberty Latin America (NASDAQ:LILA) for $1.95 billion. Another deal was finalized over the weekend wherein the company announced the sale of its majority stake in the broadcaster Central European Media Ltd. (NASDAQ:CETV) to the investment group PPF, owned by the Czech Republic’s wealthiest businessman – Petr Kellner, for $2.1 billion. AT&T expects to generate $14 billion through asset sales and other initiatives by the end of this year and has reduced its net debt by $12.7 billion so far in 2019.

Elliott Management, for its part, sent a letter to the company’s shareholders in which the investor welcomed the move in following words: “We commend AT&T for the positive steps announced today, which will create substantial and enduring shareholder value at one of America’s greatest companies.”

Elliott Management is considered one of Wall Street’s biggest and most aggressive hedge funds and has a history of waging proxy wars against company managements. Nonetheless, the two sides have been discussing Elliott’s casus belli ever since the investor revealed, a few weeks ago, its acquisition of a 1 percent stake in AT&T that amounted to $3.2 billion. Elliott detailed its points of contention with the company’s management in a publicized letter which criticized AT&T’s $85 billion acquisition of Time Warner Inc. last year and the 2015 purchase of satellite television provider DirecTV for $49 billion. The investor considered AT&T’s decision to move into the media business as ill-advised given that some of these high-profile acquisitions have not been performing well recently, as exemplified by DirecTV which continues to grapple with a shrinking subscription base. Consequently, Elliott Management wanted AT&T to conduct a strategic review of units that do not fit its long-term strategy – DirectTV and Mexican wireless operations in particular – and shuffle the board of directors.

Now that this standoff appears to be diminishing, investors are likely to turn their attention to AT&T’s unveiling of details pertaining to its streaming service, called HBO Max, at an investor presentation scheduled for Tuesday afternoon on the Warner Bros. lot in Burbank, California.