After limited trial testing today. AT&T launched their 3G Microcell & plans for national roll out beginning in mid April 2010. The 3G Microcell is the only femtocell to support both 3G data and voice services. AT&T 3G MicroCell allows customers to route wireless phone calls and data connections who live in homes where they face, frequent interruption in their wireless coverage.

Now user can make voice calls and do web surfing in just US $149.99 a one-time cost

Consumers who will buy this upside down Y shaped AT&T 3G MicroCell device will be eligible to receive a $100 mail-in-rebate. 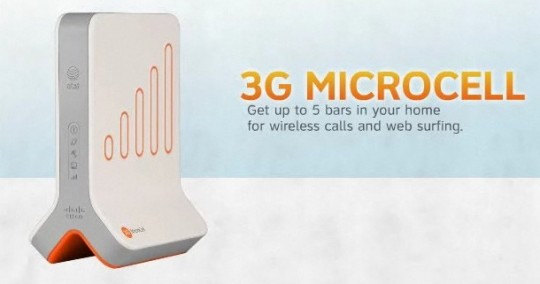