If you have been keeping count, then you would know that this is AMD/ATI's third DirectX 11 offering this month. After launching Radeon HD 5450 at the beginning and Radeon HD 5570 around valentines for the low budget gamers, ATI is back with a slightly higher end offering - the Radeon HD 5830. And that still doesn't include the upcoming Radeon HD 5870 Eyefinity* edition with 6 simultaneous outputs which is due early March. 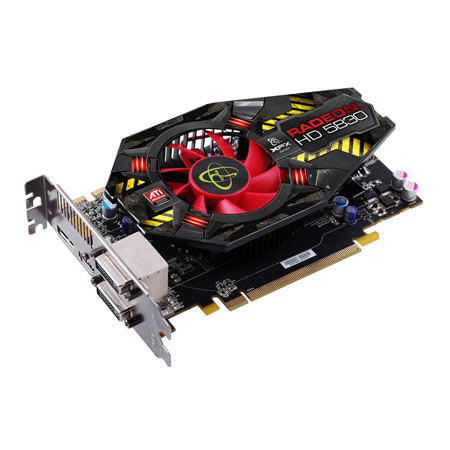 While these deductions in the hardware do have an impact on performance, it still leaves enough juice in the card to post decent frame rates in most games. Comparatively, the Radeon 5830 performs very close to last generation's Radeon HD 4890 (which it intends to replace). The card is priced at $250 at launch which makes it sit comfortable between Radeon HD 5770 which is at $170 and Radeon HD 5850 which goes as high as $320.

With DirectX 11 and Eyefinity support, the Radeon 5830 seems like a good buy for those who don't have the budget for a higher end 5850 nor can the run a crossfire configuration of two Radeon HD 5750s. If you can get either of these two options - I'd recommend that you dump the 5830 for those at least until ATI decides to cut prices a bit once NVIDIA's DirectX 11 offerings finally hit the market next month.