Atari Shows off Ataribox Joystick ahead of Crowdfunding Campaign 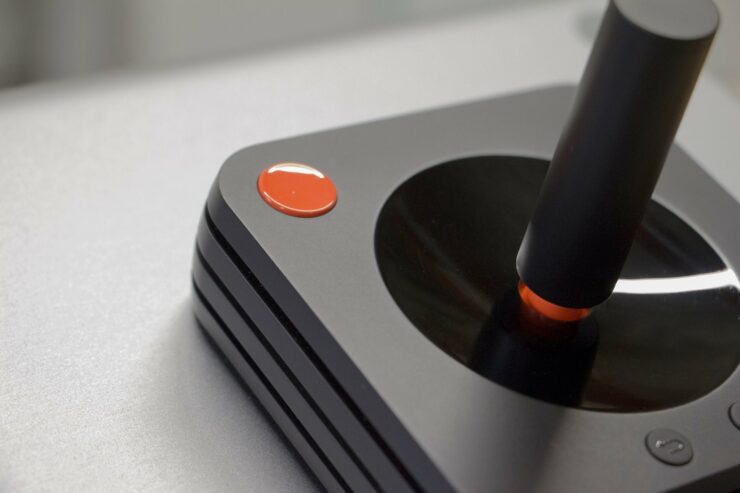 Atari has shown off the Ataribox Joystick ahead of the console’s crowdfunding campaign launch.

The console’s ‘retro’ controller was shown off on Facebook. “We were going to wait for launch to show you the Ataribox Joystick, but we like it way too much to wait.” Atari wrote. Check out some images from the joystick down below:

Like the rest of the upcoming Ataribox, the joystick shares the design with the Atari 2600 from the 70’s.

Atari announced its Ataribox earlier this year, and is currently targeted for a release in Spring 2018. The console will be powered by a custom AMD CPU with Radeon Graphics technology. “With Ataribox, we wanted to create an open system, a killer product where people can game, stream and browse with as much freedom as possible. Atari games and content will be available as well as games and content from other providers,” said Fred Chesnais, Atari Chief Executive Officer. “We also wanted to launch Ataribox with our community, and reward our fans with exclusive early access, special editions, and include them as active participants in the product rollout.”

“People are used to the flexibility of a PC, but most connected TV devices have closed systems and content stores. Ataribox is an open system, and while our user interface will be easy to use, people will also be free to access and customize the underlying OS,” said Feargal Mac, Ataribox General Manager. “We’ve chosen to launch Ataribox with Indiegogo given their focus on delivering technology products, and their strong international presence in over 200 countries, allowing us to reach and involve as many Atari fans around the world as possible.”

Atari expects to sell the console between 249-$299 USD depending on specific editions and memory configurations.