This ASUS laptop has a GTX 1650, Intel Core i5 and 8 GB of RAM installed. This gaming laptop allows you to play most AAA games at mid-high settings without compromising on the frame rate and the display runs at 60Hz only.

ASUS's TUF Gaming Laptop is normally $849.99 but has been marked down for Black Friday at BestBuy.com

The Laptop has both a GTX 1650 along with the i5 - 9300H processor, which allows this laptop to be very good at running most AAA games with mid-high settings. The i5 - 9300H is a quad-core, eight-thread mobile CPU that has a base clock speed of 2.4 GHz with a turbo clock speed of 4.1 GHz, along with this CPU speed, the CPU has a max power consumption of 45 watts, This Laptop also has 8 GB of RAM installed allowing photo-editing and video-editing to work smoothly and without any issues.

This model features 512 GB of PCIe storage, which supplied by Intel in the form of the Intel 660P NVMe drive and while not being the fastest NVMe drive out there it will be still be much faster than a typical mSATA SSD. The SSD still saves on space being attached to the motherboard rather than as a separate piece, with this SSD having 512 GB capacity, you can store most of your games with little to no issue.

This design has an RGB back light in the keyboard. This makes the WASD keys, which are to the left, a bit more transparent than the other keys to allow the RGB lighting to shine through more clearly. 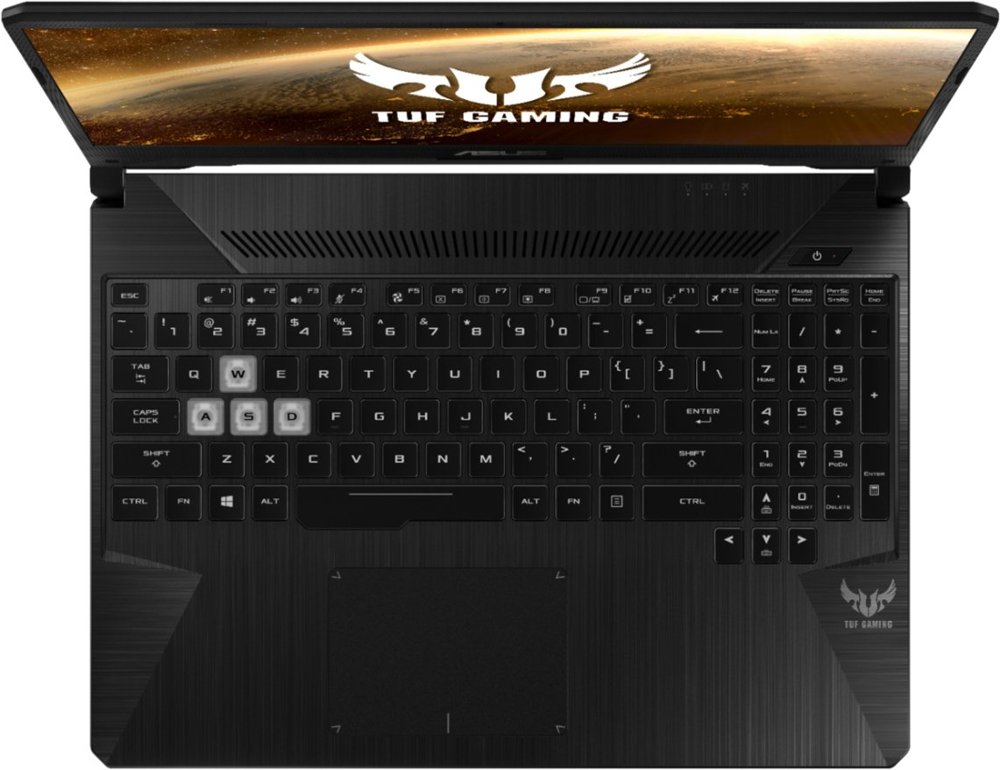 This Laptop is good for any early Christmas gifts being $270 off the initial price of $849.99, which makes this a very affordable gaming laptop costing just $579.99. If you have a gamer friend/family that you are planning to get a Christmas gift for, this may just be a perfect laptop at a perfect price! This discounted price is available on the BestBuy site!