Cliff Bleszinski Says AAA Games Are In “Weird Spot”, While VR Is In Its “80s” Period 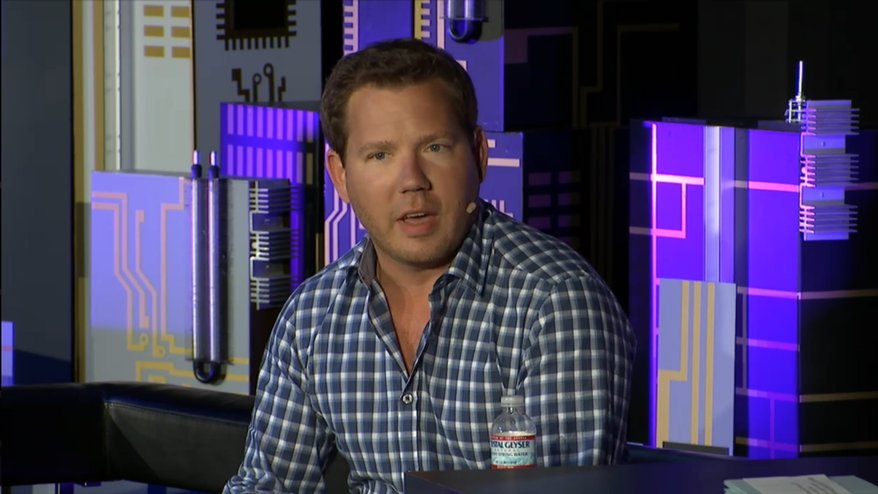 Cliff Bleszinski took the stage at Dubrovnik's Reboot Develop 2017 and stated that AAA games cost too much to make. According to him, it's a "nearly unsustainable" model for a number of reasons.

To begin with, customers can only afford to pay $60 or so a few times per year and a lot of them have been burned by DLC, launch bugs issues and the likes. At the same time, player expectations due to AAA games are very high on aspects like graphics, feature sets, polish and overall quality. 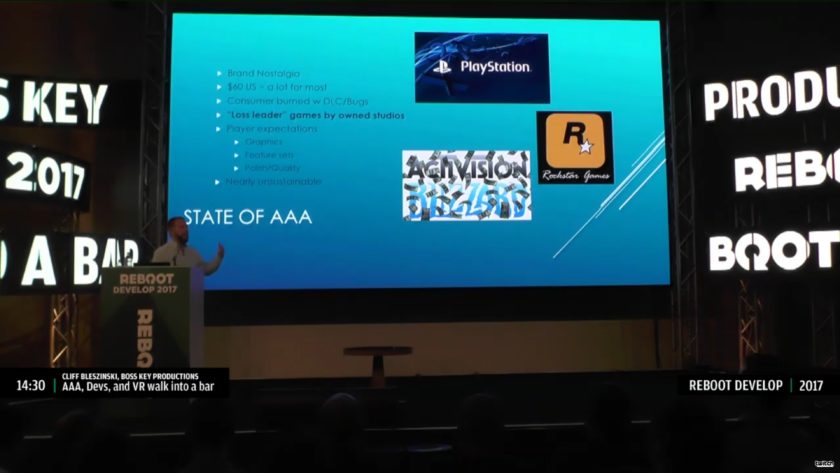 For example, recent hit Horizon: Zero Dawn by Guerrilla Games has been in development for seven years. Sony can afford to do that, said Bleszinski, since its main focus is actually to sell PlayStation consoles rather than just copies of the game; on the other hand, Take-Two couldn't with Bioshock Infinite and Irrational Games got most of their staff laid off as a result.

Bleszinski proposed AA games instead, presenting examples like Digital Extremes' Warframe, Psyonix's Rocket League and Rust. These games were highly successful despite having a limited budget because they were able to focus on what mattered the most; his own Lawbreakers follows in those footsteps, having an AAA presentation but focusing on multiplayer only. He then noted that most of the successful AA games are digital only, just like Lawbreakers. 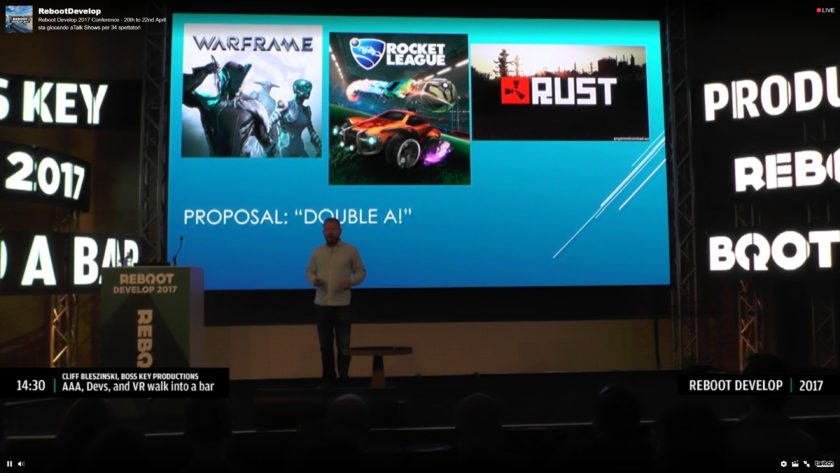 Bleszinski's arena first-person shooter game is powered by Unreal Engine 4 technology and published by Nexon. Currently in Closed Beta testing, it should be out "soon" according to his creator; you can still sign up on the official website for a chance to be invited.

Bleszinski also briefly touched on Virtual Reality and its struggles. He said he's been a fan of the concept for a long time but for the moment being, game design of VR games is in its "80s" period with lots of wave-based shooters.

It'll take some time to get better, between the developers learning how to properly use VR and the technology itself still constantly improving. 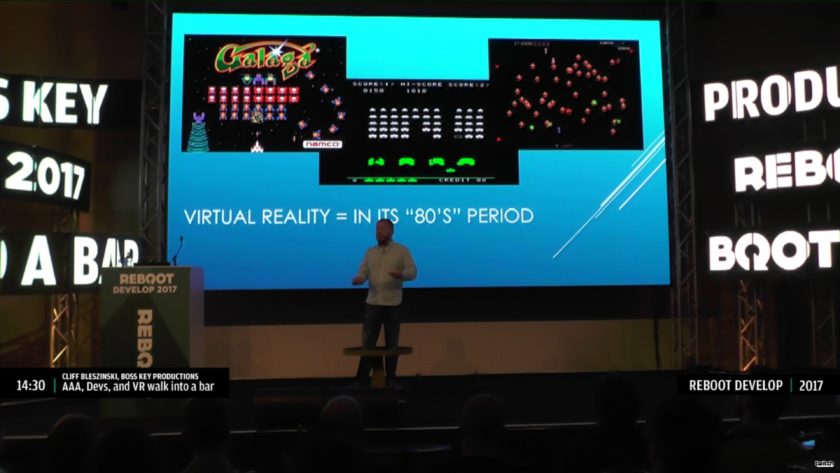 What do you think of Bleszinski's takes on the AAA/AA business models and Virtual Reality game design? Tell us in the comments.