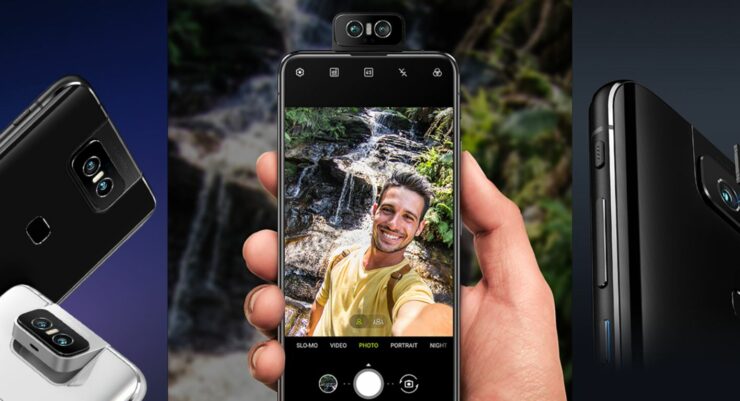 The ASUS ZenFone 6 is a refreshing experience compared to current flagship devices. The devices' flip camera and notchless display are a testament to the fact that there multiple ways to increase screen real estate without a display cutout. Even the actual camera in itself is impressive, along with the top-of-the-line hardware. Granted that it may not perform as snappily as its equally specced (and accordingly priced) counterparts, the ASUS Zenfone 6 offers good value for those not wanting to spend upwards of $1,000 for a smartphone. Today, the device received its first ever major software update that bears the following changelog:

The new update includes improvements to the phone’s Super Night Mode camera mode. A lot of companies have been trying to shoehorn in their own version of Google's Night Sight into their devices; OnePlus has Nightscape, Huawei has Night Shot and now ASUS. Low light photography has always been tricky, considering the size of camera sensors. Companies have to rely on a software-based correction to make up for the lack of actual ambient light. That's partially the reason why Google Camera is capable of capturing some mind-blowing images even on devices that it isn't native to. Additionally, the phone’s HDR++ mode (enhanced HDR+) is also receiving some optimizations and improvements. Other changes included within the update include volume key controls for the camera app, the ability to use the phone’s Smart Key as a shutter, and some system optimizations.

The update bears build version 16.1210.1904.115 and is available for download OTA. You should receive it in the next few days, depending on where you live. To check for the update, tap “System updates” in [Settings] >[System] to check if there is new firmware available. Or, you can also try to manually update firmware by referring to the following link.