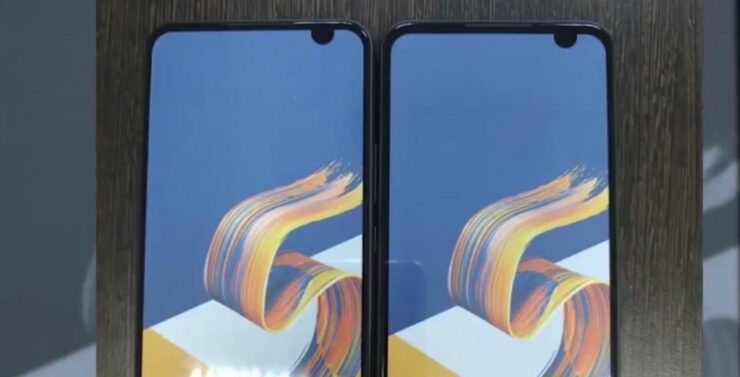 One of the more underrated flagships that launched this year is the ASUS Zenfone 5z. The smartphone has all of the features necessary for a flagship smartphone. ASUS' Zenfone lineup has been with us for quite a while, and now we've got a big leak for the ASUS Zenfone 6. Take a look below for more details.

We've got a rather unconventional leak today. While prototypes for unreleased smartphones have leaked in the past, such leaks usually take place late into a gadget's 'cycle' on the rumor mill. However today, photographs of several alleged Zenfone 6 prototypes have surfaced in the wild. These demonstrate ASUS' divergent thinking on how to handle the upcoming(?) smartphone's notch.

The Zenfone 5z comes with a display cutout of its own, and several of the device's critics have mockingly called the smartphone an exact replica of Apple's iPhone X. Now, it looks as if ASUS is eager to change the smartphone lineup's design. The company is experimenting with different notches on the Zenfone 6, according to today's leaked images.

As you can see above, ASUS is also tinkering around with different features and designs for the Zenfone 6. The company is looking at options which include a triple camera setup and a teardrop-shaped notch. Additionally, we've got gadgets without a 3.5mm earphone jack, and with the front camera sensors present at the top right and left corners of the screen.

All of the gadgets appear to have a glass back, so looks as if this feature is definitely here to stay on the Zenfone lineup. Should ASUS decide to include a notch that's not present at the center of the display's top bezel, then the company will also have to figure out ways with which it can completely hide the sensors. After all, current approaches to the notch neatly divide information in a gadget's status bar into two halves. Thoughts? Let us know what you think in the comments section below and stay tuned. We'll keep you updated on the latest.