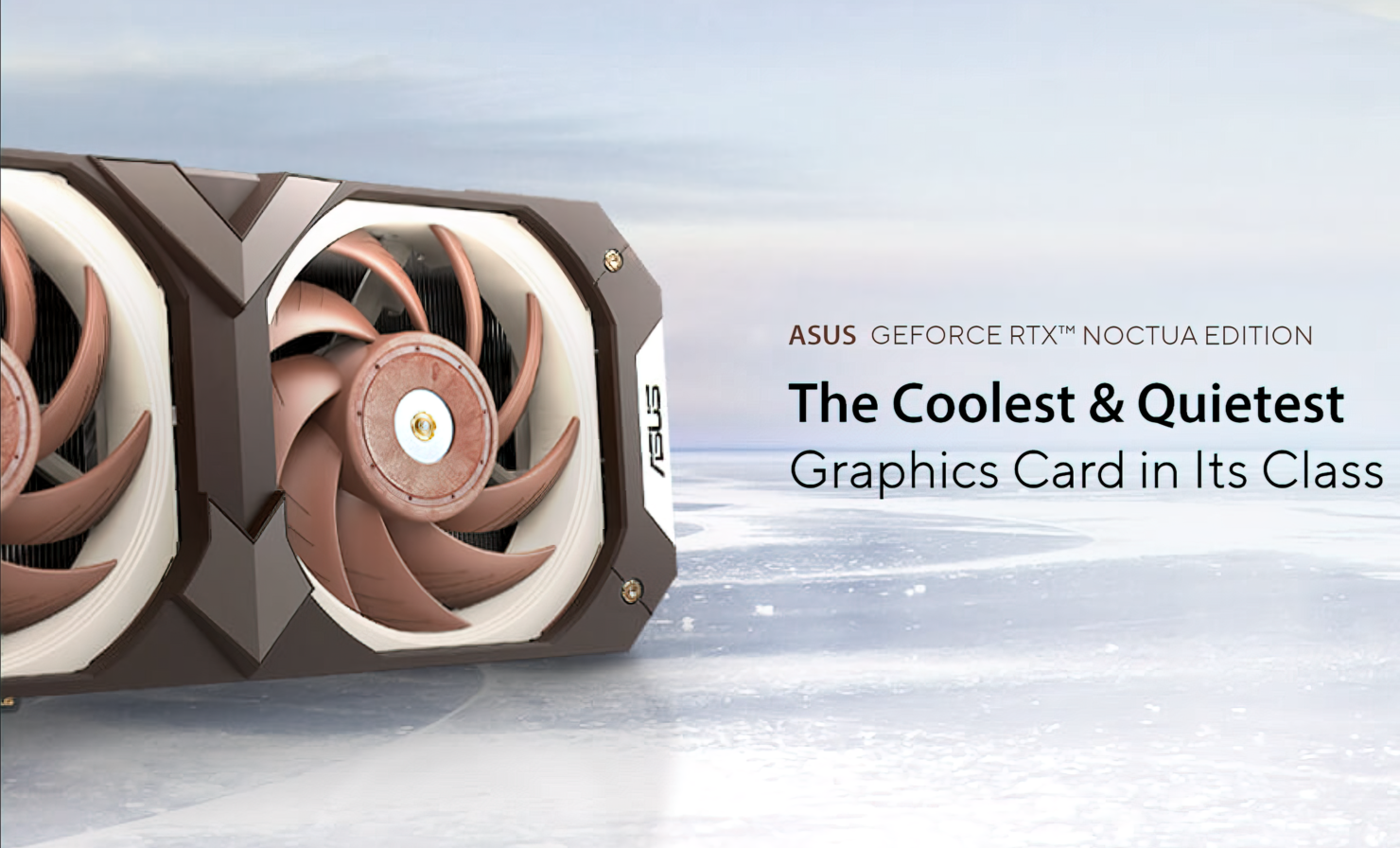 ASUS and Noctua have collaborated in the past on graphics cards and will soon be releasing a new GeForce RTX 3080 custom model. The recent photos on the website VideoCardz look very close to the previous GeForce RTX 3070 series card that the two companies also worked together to create. From the pictures provided, there are minimal tweaks to the component.

Last year, ASUS and Noctua joined forces to make a graphics card with Noctua's exceptional cooling technology. The card based on the design was the GeForce RTX 3070 from NVIDIA. Users were concerned that the series was being replaced since ASUS had released no information over several months. Now, the two have brought their collective minds together to offer the Noctua ASUS RTX 3080 graphics card, offering a memory of 10GB. The card is based on the GA102 SKU but interestingly provides only 10GB instead of 12GB, such as the model released almost five months ago. 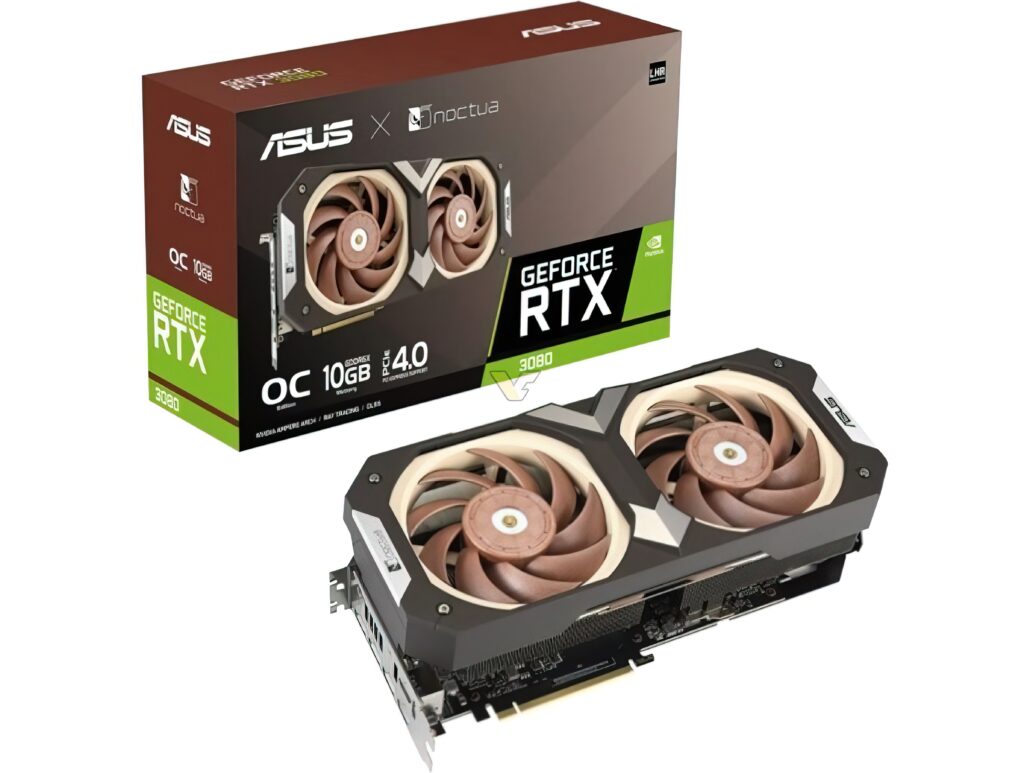 The new ASUS GeForce RTX 3080 10GB OC graphics card, offers the well-known brown Noctua fan design, two on the card, and a quad-slot cooling technology. The RTX 3070 and 3080 models appear identical in size and have a similar format. The most significant change between the two cards is the altered heatsink to fit the larger GPU.

The card also provides two eight-pin connections for power adorn the card, three DisplayPort 1.4 connections, and two HDMI 2.1 connections. The board structure appears to be taken from the RTX 3080 TUF card that ASUS also designs. However, it maintains more of the Noctua aesthetic.

The new graphics card from ASUS and Noctua is currently listed for almost $1,214, a jump of $214 from the previous RTX 3070 Noctua-based ASUS graphics card. There are no specifications or release dates yet for the card. We are currently waiting to hear from ASUS about more information that they may be able to provide.