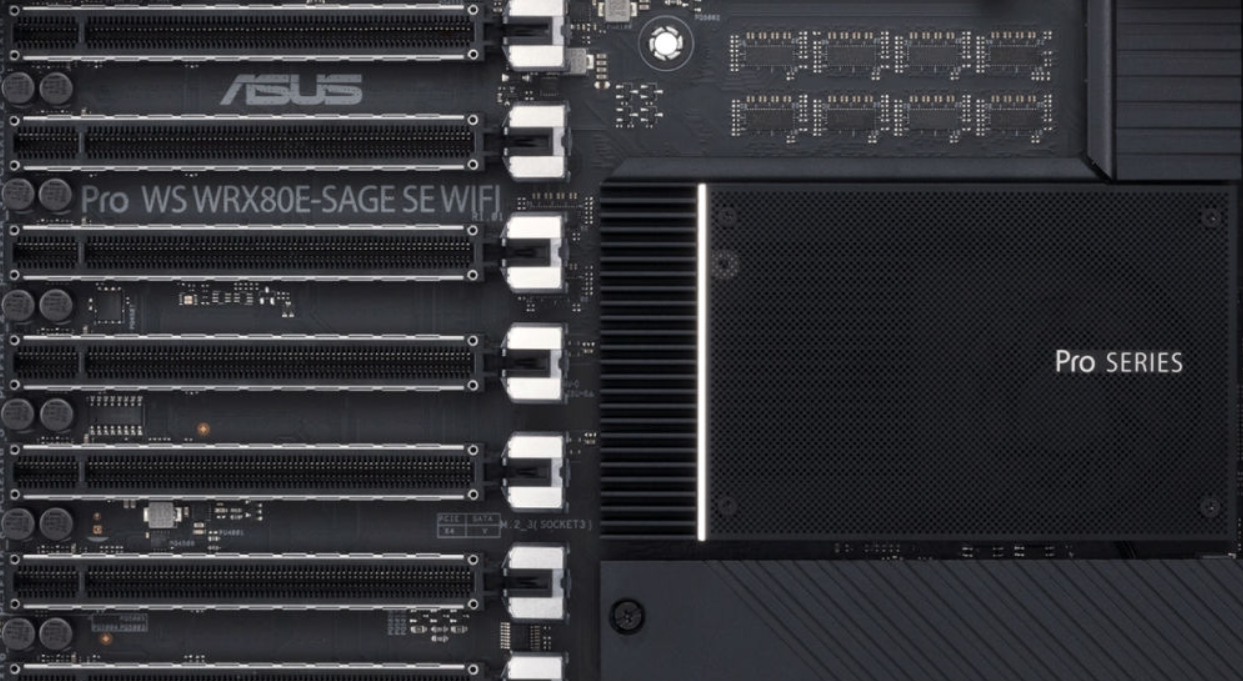 The second WRX80 chipset based motherboard, the ASUS WRX80 PRO WS Sage, for AMD's Ryzen Threadripper Pro Workstation CPUs has leaked out by Videocardz. The motherboard is an insane product aimed purely at the workstation and content creator segment with tons of expansion and IO capabilities.

While we have seen Gigabyte's implementation of the WRX80 chipset on its SU8 motherboard, the ASUS design looks and feels more premium. Looking at the motherboard itself, the ASUS's WRX80 PRO WS SAGE SE features the massive SP3 socket which houses 4096 LGA pins and supports only the Ryzen Threadripper Pro series processors from AMD. Surrounding the socket are eight DIMM slots that can support up to 1 TB of DDR4 memory with speeds of up to 3200 MHz RDIMM/LDIMM. 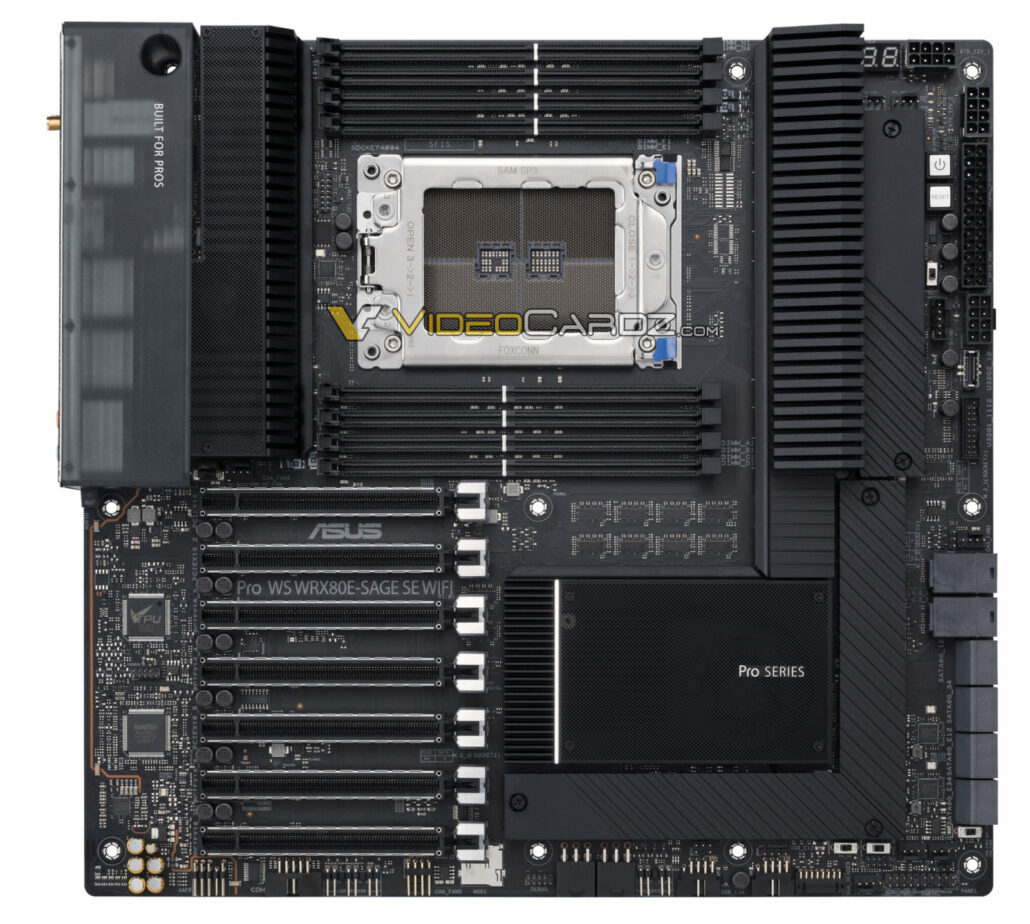 As for power, the ASUS WRX80 PRO motherboard features three 8-pin, the standard 24-pin ATX connector, and also carries two auxiliary 6-pin plugs to power the PCIe lanes. The motherboard has a total of 7 PCIe 4 slots, all full-length and all complemented by metal shielding around them. Storage options come in the form of 8 SATA III ports, two U.2 ports, and dual M.2 slots. There's an impressive array of IO on the motherboard. Just internally, we can see several front panel USB 3.2 and USB 3.0 headers. The motherboard also has power on/off and reset buttons along with a high-end audio subsystem on its own isolated PCB area.

The AMD Ryzen Threadripper Pro CPUs will allow the ASUS WRX80 PRO WS SAGE SE to access all of the 128 PCIe 4.0 lanes. The rear-panel I/O is not pictured but the motherboard is expected to be announced at CES 2021 by ASUS themselves so expect more information in terms of pricing and availability soon.