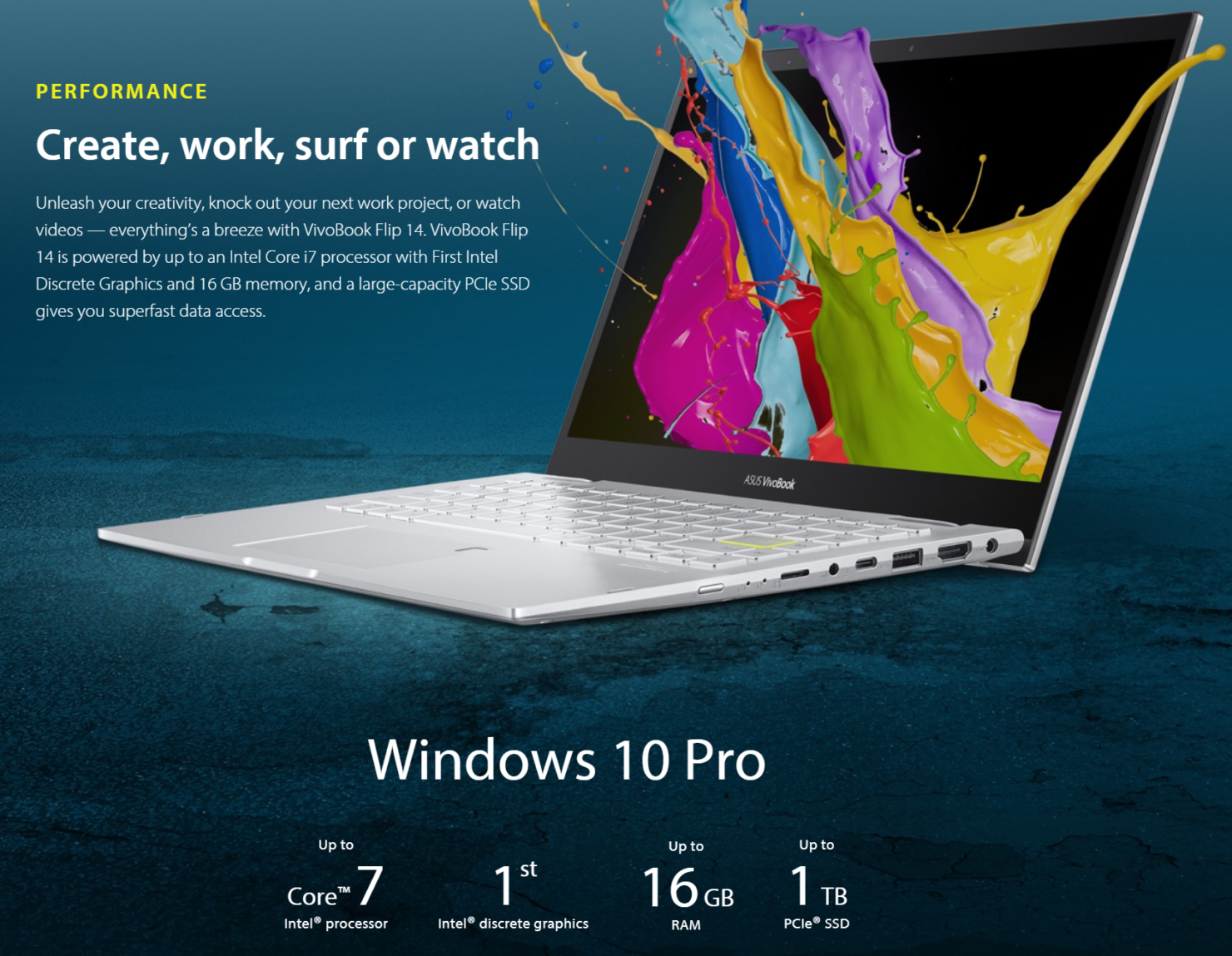 ASUS has unveiled its VivoBook Flip 14 which is the first notebook to list and feature the Intel DG1 Discrete Graphics chip along with the 10nm Tiger Lake CPU. The DG1 GPU on the notebook will be Intel's first discrete graphics chip for the notebook segment.

The notebook can be configured with up to 16 GB LPDDR4X (4266 MHz) memory but the base config comes with 8 GB LPDDR4X memory. Storage includes a base configuration of 128 GB PCIe SSDs and up to 1 TB capacity. There's also Intel Optane memory onboard (H10) with a capacity of 32 GB.

The most important aspect of this notebook however is the fact that its graphics specs lists "First Intel Discrete Graphics". This is referring to the discrete DG1 GPU which will be powering Intel's discrete graphics products for the notebook segment. No specifications are mentioned but DG1 is expected to carry the same 96 EUs or 768 cores as the standard Iris Xe GPU but with higher clocks and its own dedicated memory. The DG1 GPU is configured with 4 GB of VRAM and it is likely that it could be GDDR6 based.

The GPU specifically is referred to as the Intel Iris Xe Max as identified over at ASUS's website by Momomo_US. Benchmarks of the Intel Iris Xe Max graphics chip appeared a few days ago at the Compubench database (via TUM_APISAK) which shows the Max chip slightly ahead of the standard Iris Xe GPU featured on the Tiger Lake CPUs as integrated graphics. The chip also leaked in the SiS ofware Sandra database along with a range of benchmark numbers.

There's no word on the launch of the ASUS VivoBook Flip 14 but it is expected to carry a price of around $1000 US.