ASUS has started preparing a second ROG (Republic of Gamer) Series Motherboard based on the X79 Chipset "ROG Rampage IV Formula". ASUS recently revealed its complete X79 based lineup which we detailed here. The Rampage IV Formula would be available for a cheaper price than the Top Tier Rampage IV Extreme but would retain all the essential features for overclocking and enthusiast usage. 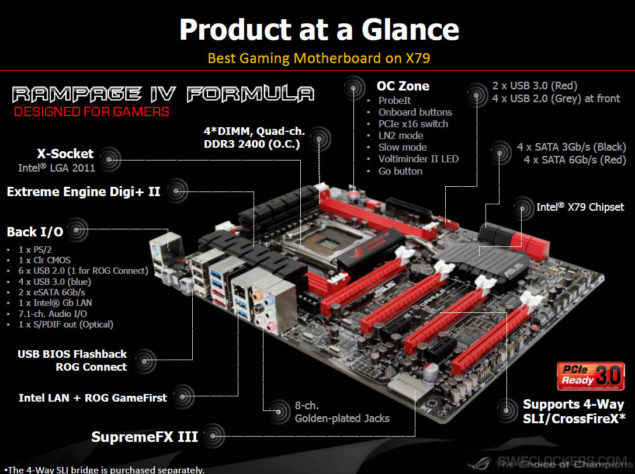 The Rampage IV Formula features Extreme Engine Digi+ II technology which utilizes High Class Electrical Components such as Japanese made black metallic caps to provide maximum stability and efficiency. Four DDR3 Memory slots are located at the sides (2 on each sides) of the LGA 2011 Socket "Socket X". The slots allow upto 32GB memory to run in Quad Channel Interface at a frequency of 2400Mhz (O.C). Socket X allows LGA1366 Coolers to be easily equipped without the need of Retention brackets for LGA 2011. 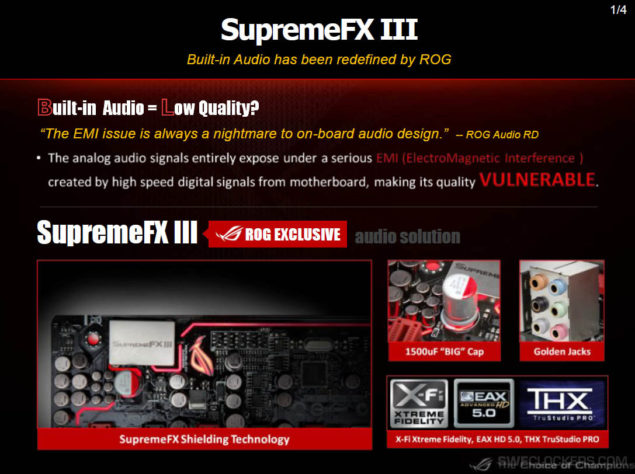 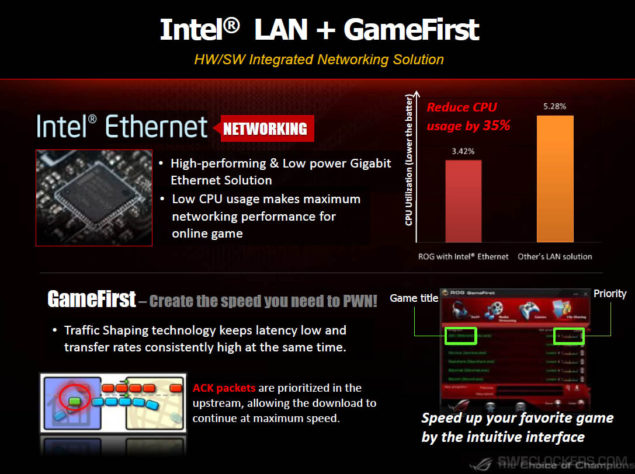 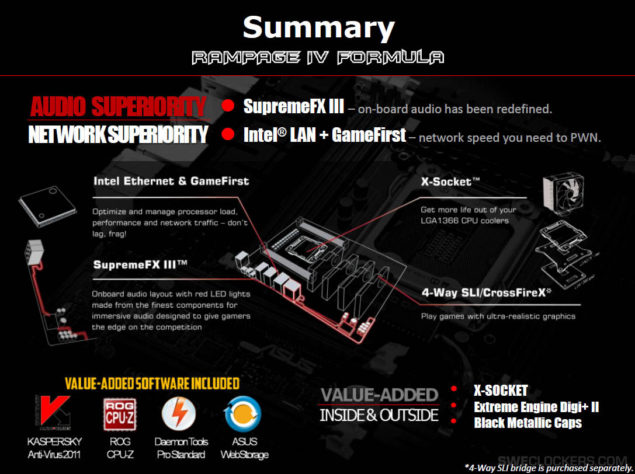 I/O on the board includes 6 x USB3.0/USB2.0 Ports, Gigabit Ethernet Lan Por, SPDIF, PS/2, ROG Connect and Clear CMOS Switch. The board is expected to retail around $470US where released. 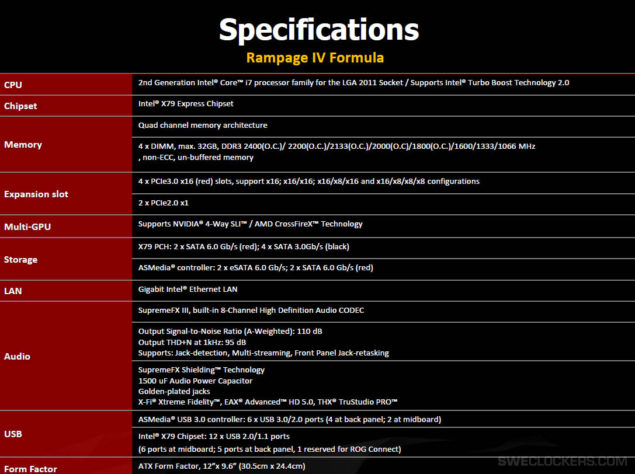