ASUS showcased their latest Republic of Gamers based GeForce GTX 770 Poseidon graphics card which comes with a hybrid cooling solution. ASUS has been upto some great GPU designs in its ROG line of products such as GeForce GTX 670 DirectCU Mini and the ASUS ARES II. 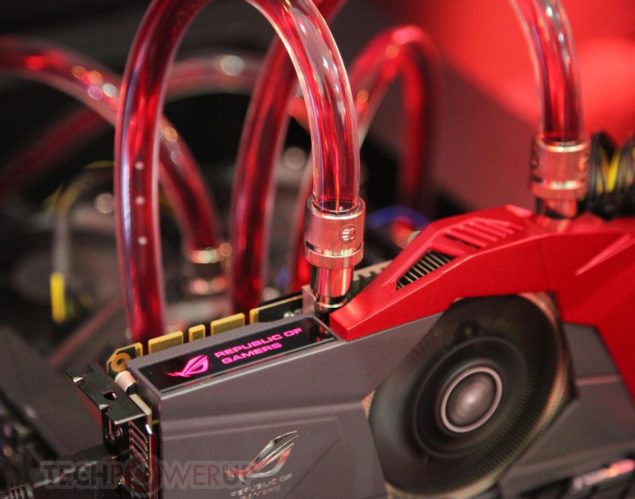 Images are courtesy of TechPowerUp!

The GeForce GTX 770 Poseidon falls under the ROG branding which is used for the ASUS's premium line of products designed for enthusiasts and gamers. The GeForce GTX 770 Poseidon makes use of the latest GK104-425 A2 core architecture that features 1536 cores, 128 TMUs and 32 ROPs. The GPU has a total of 2 GB GDDR5 vram that operates along a 256-bit wide interface. Although the clock speeds are not finalized for the new product, the card does make use of a non-reference PCB that packs a 6+2 Phase Digi+ VRM and is powered through dual 6-pin connectors.

The new ROG Poseidon graphics card features an NVIDIA® GeForce® GTX 700 Series GPU and a hybrid DirectCU H2O thermal design that supports both air and liquid cooling. Developed by ASUS, its CoolTech fan combines blower and axial fans in one design, forcing air in multiple directions over the heatsink to maximize heat dissipation. Liquid cooling reduces operating temperatures by up to 31 degrees Celsius for cooler running with even greater overclocking potential. ROG Poseidon also features a red pulsing ROG logo for a distinctive dash of style."

Talking about the cooler itself which is called "Poseidon" is of a hybrid design making use of both air and water cooling. Users would have the option to either choose air or water cooling or both for maximum cooling performance with slightly higher noise output. A ROG logo is embedded on the shroud which glows and its brightness and color can be configured through a utility supplied by ASUS. The heatsink is a large circular aluminum fin array in which a 80/92mm fan throws air. The metal bracket is pretty large to which two inlets provide waterflow that transfers coolant to the copper base. The whole red and grey shroud color is pretty amazing and shows the skills of engineers at ASUS who design such graphic cards under the ROG brand.

No pricing or release date was mentioned but we could have to wait for quiet a while till the card hits store shelves just like the DC Mini which was launched months after its unveil. 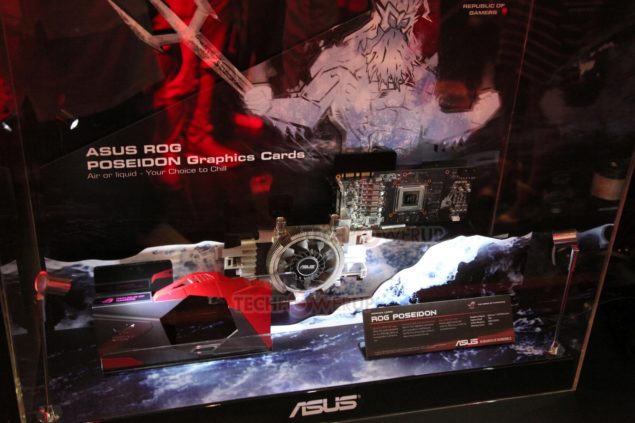 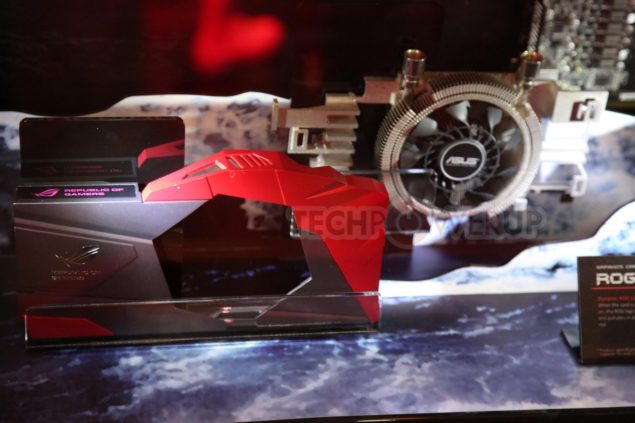