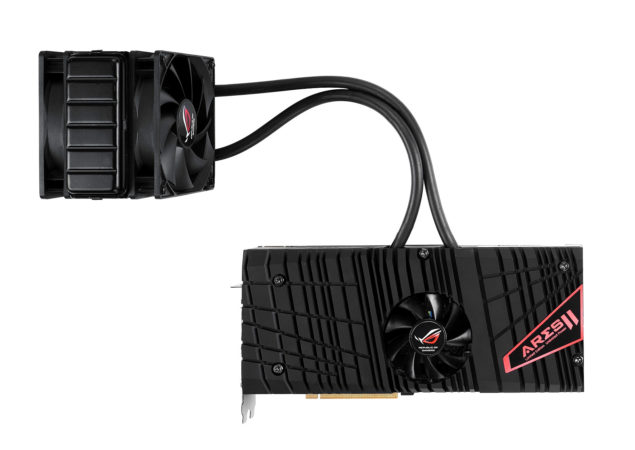 ASUS has unleashed its ROG ARES II limited edition graphics at CES 2013. The ROG ARES II GPU is the most fastest GPU available to date making use of two Radeon HD 7970 GHz edition all under the Republic of Gamers label.

The ASUS ROG ARES II features Dual Radeon HD 7970 GHz chips (Tahiti XT2) which feature 4096 compute units and GPU Boost ability on Radeon HD 7000 series graphic cards. The GPU runs at an impressive core frequency of 1050 MHz at stock and 1100 MHz boost clock frequency. A massive 6 GB VRAM (2 x 3 GB) is included on the ARES II which is clocked at an effective 6.6 GHz GDDR5 frequency along a dual 384-bit memory bus interface. ARES II is powered by a hefty PCB design which makes use of 20 Phases featuring the DIGI+ VRM design. Three 8 Pin PCI-e connectors are required to push the card to load. This puts the rated TDP around 500W with an PSU Recommendation of no less than 850W.

ASUS ROG ARES II is 13% faster than the GeForce GTX 690 from NVIDIA and 31C cooler than it thanks to the Hybrid water cooler with a total heat dissipation power of 600W.

The cooler on the card is quite different than older ARES GPU designs from ASUS. The ASUS ARES II comes in a rectangular shape with designs on its shroud similar to its Crosshair series motherboards. A striking ARES II logo is placed near the single 100mm fan. Unlike making another three-slot TUL Edition HD 7990, ASUS went with a quit different solution to fix the cooling problem of the card while retaining dual slots. The solution was to give ARES II an independent Closed Loop All-In-One liquid cooler with an 120mm radiator that can be attached within a CPU case. The 120mm radiator would be equipped with two 120mm PWM controlled fans. 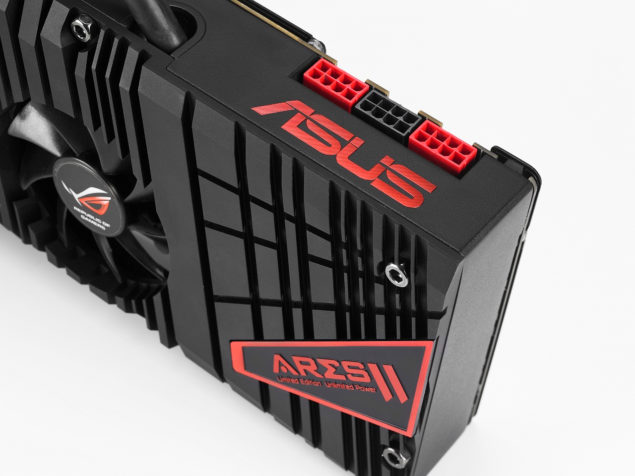 The ASUS ARES II is a limited edition product which means ASUS would only produce 1000 of such cards each sold as a collectible edition GPU. Price wise, the card would easily hit the shelves over $1000 US which is quite hefty indeed for an average gamer or enthusiast. 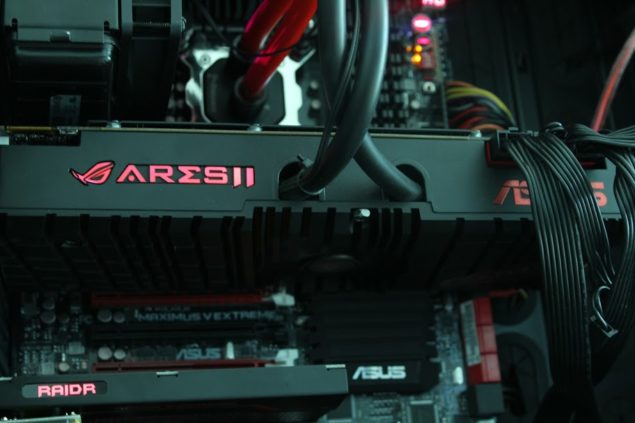 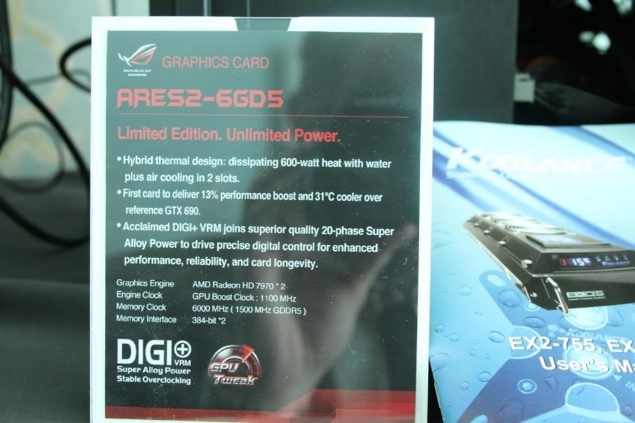 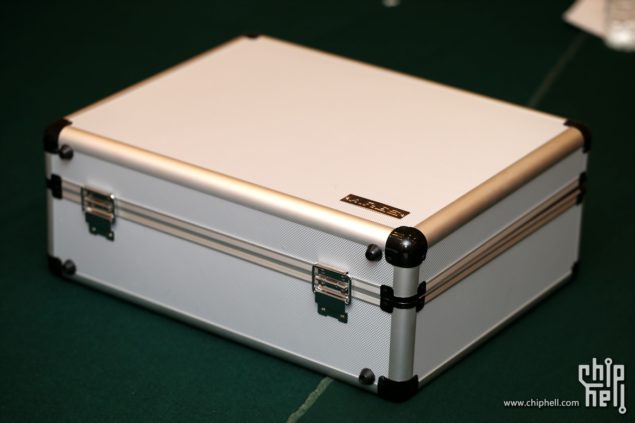 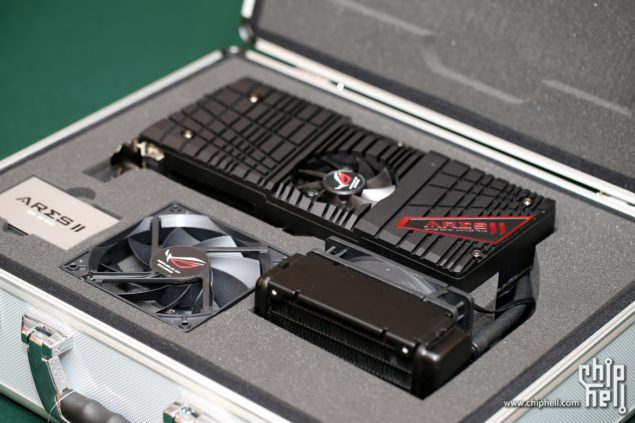 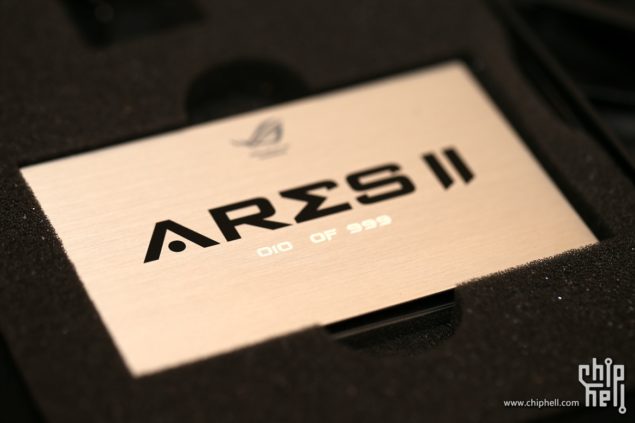 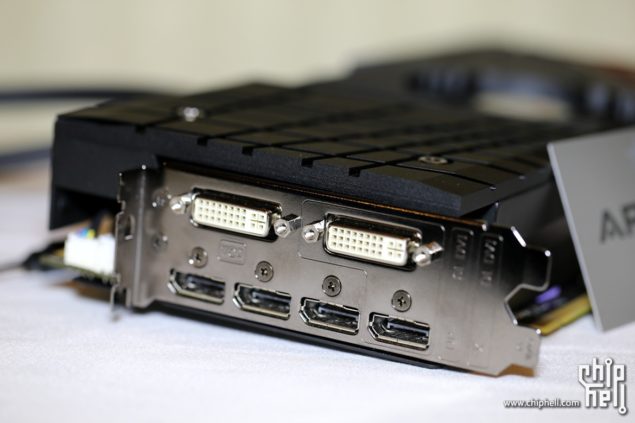 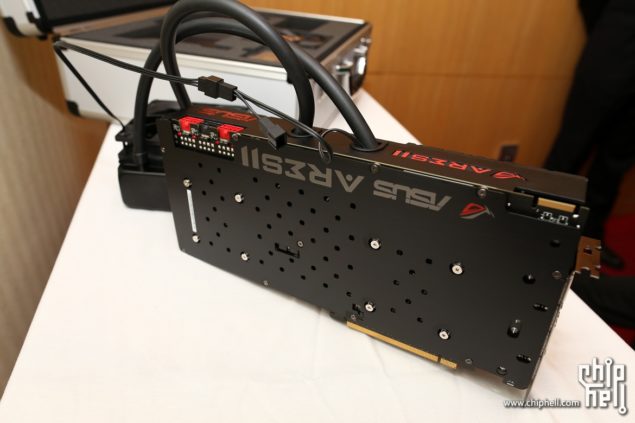