The Motherboard is based on the LGA 1366 socket and supports i7 processors along with the six core processors. The CPU is powered by a 6 phase VRM while the six memory slots for triple-channel DDR3 memory are powered by a 4 phase VRM. The board can support DDR3 memory with speeds of up to 2000Mhz. 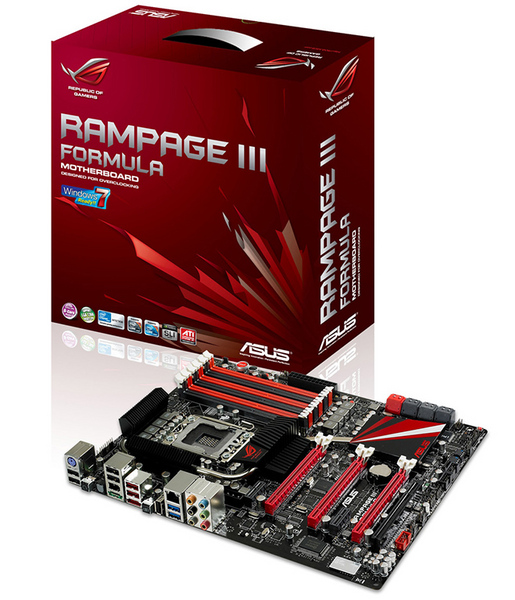 Being a ROG series motherboard, The overclocking capability of the motherboard is great allowing you to overclock a processor to its full potential and that too running it stable. The ROG Connect feature is also included which allows you to remotely tweak the system parameters from another PC or notebook by connecting it with a USB wire.

The board is also uses Digital VRM's and Solid State Capacitors which ensure stability and huge heatsinks at the South and North Bridge providing a good thermal environment. 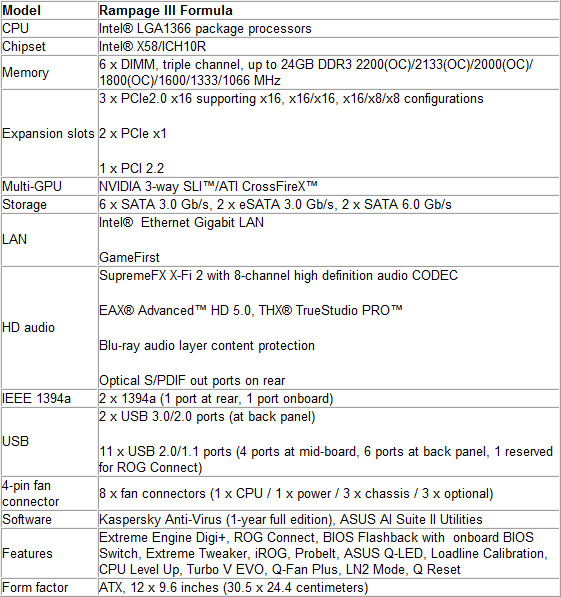