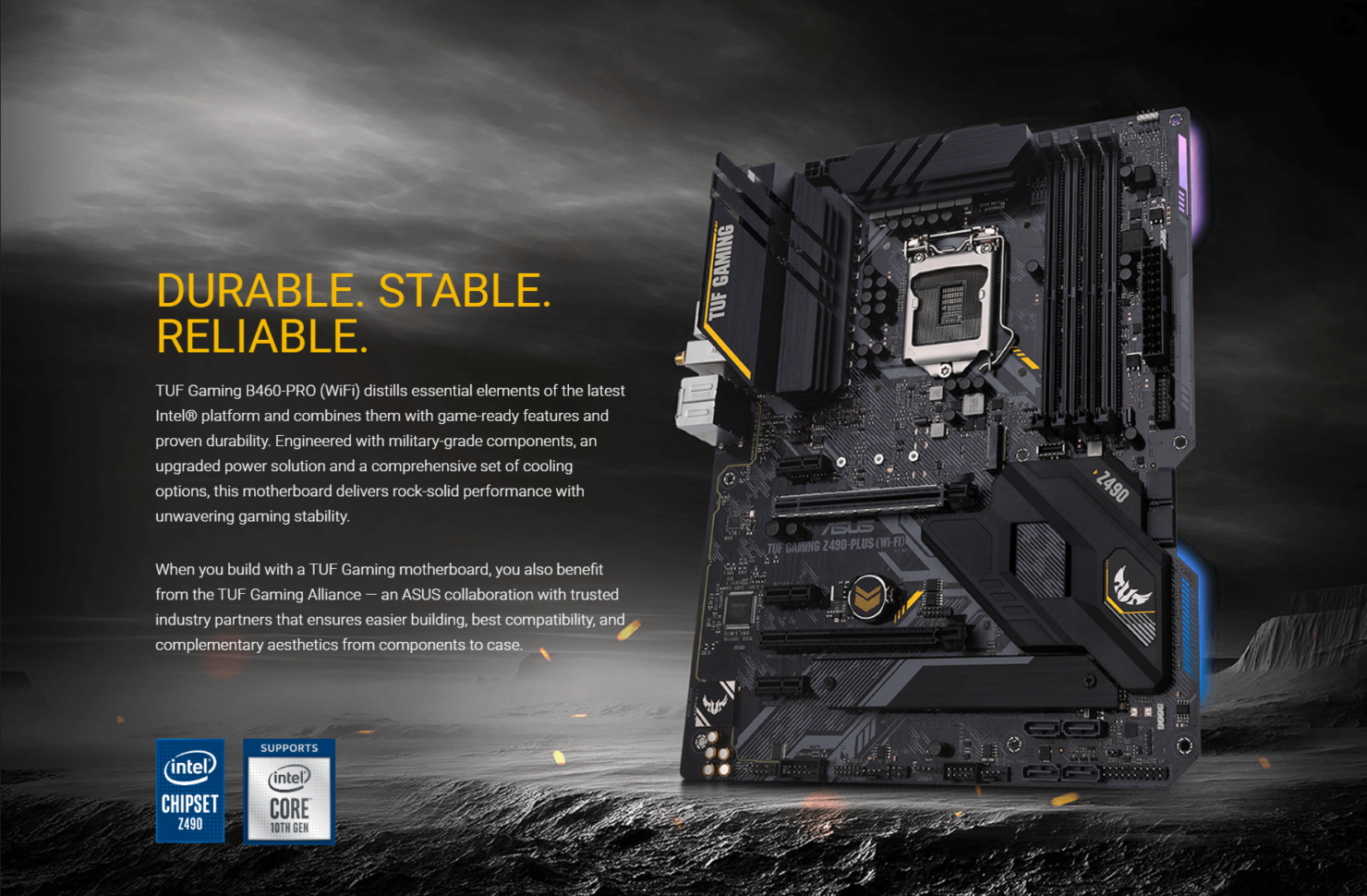 Just yesterday, we got to see ASUS leaking out its own Z490 motherboards in the PRIME series and today, we have got our first look at another motherboard but this time, it's part of the TUF Gaming lineup which has been posted on the product page for the TUF B365M-PLUS Gaming and spotted by Momomo_US.

With the PRIME Z490-A and Z490-P series motherboards, ASUS seems to have upgraded every aspect from its Z390 lineup, especially the power delivery which has been amped up to support Intel's Comet Lake-S desktop processors which would be consuming a whole lot of power on the Z490 platform.

Looking at the ASUS TUF Gaming Z490-PLUS WiFi, we can see that the LGA 1200 socket has been surrounded by a 16 Phase power delivery design. This is a definite improvement over the 8 phase design which was featured on the Z390-PLUS WiFi and the 10 (8+2) phase design featured on the Z370-PLUS WiFI. The motherboard is powered by an 8+4 pin connector configuration which is also slightly higher of a requirement to boot up this motherboard compared to the previous outings. 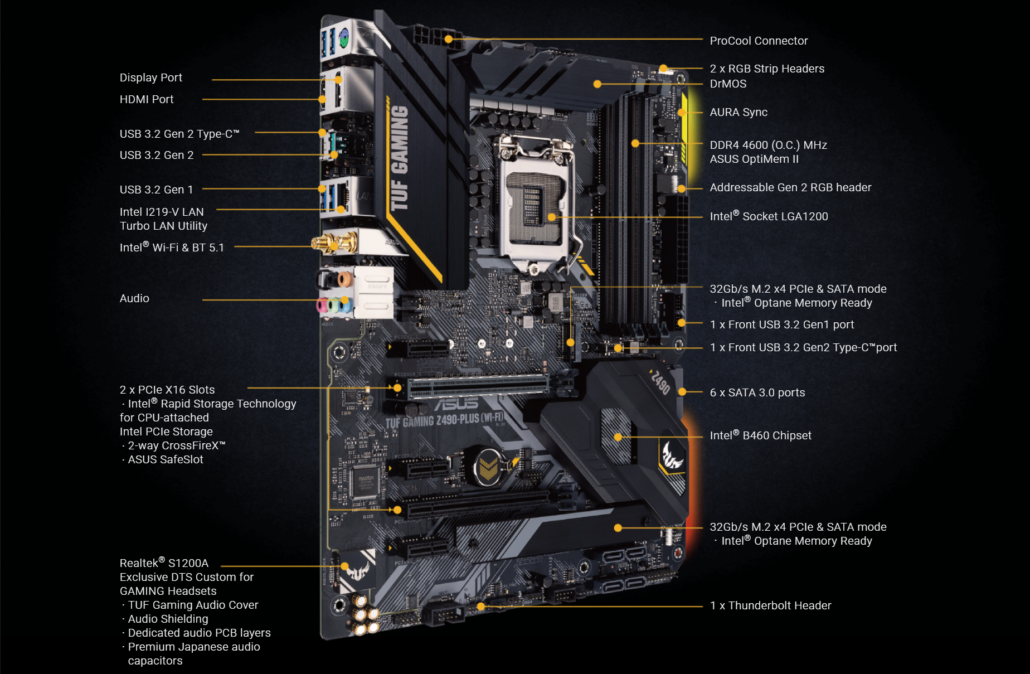 The motherboard also carries four DDR4 DIMM slots which offer support for up to 128 GB capacity at very high speeds of 4600 MHz (OC+). In terms of storage options, you are looking at six SATA III ports. The design aesthetics of this motherboard are similar to the previous outings too, featuring a mix of black, grey and yellow textures across the board.

There are two aluminum heatsinks that cover the VRM and a smaller extended heatsink design which acts as a cover plate for I/O. The Z490 TUF Gaming Plus WiFi also comes with a large PCH heatsink which is mostly a plastic cover over the actual heatsink. We also get a slight display of RGB LEDs on the sides of this motherboard which is not aggressive RGB lightning but looks pretty decent. A CMOS battery with the TUF Gaming logo can also be spotted which actually looks nice.