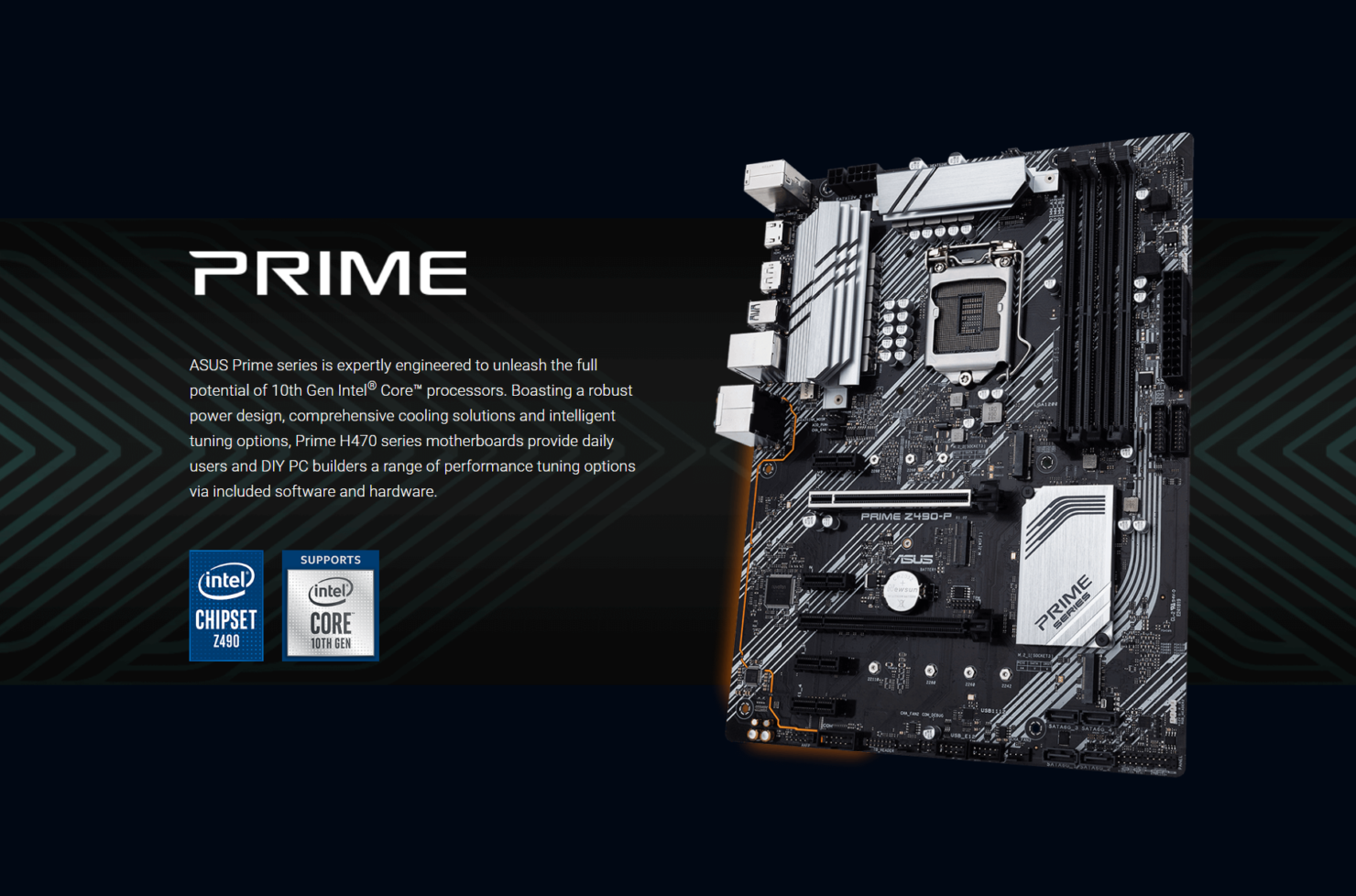 It looks like someone at ASUS put up wrong images for the wrong motherboard as its Z490 PRIME series for 10th Gen Intel Comet Lake Desktop CPUs has appeared on the product page for the Z390 PRIME series motherboard.

Starting with the specifications of the top part, the ASUS PRIME Z490-A, we are looking at the LGA 1200 socket which is powered by what seems to be either a 14 or 16 phase power delivery that gets juice directly from the 8+4 pin connector configuration. The motherboard features four DDR4 DIMM slots which would be able to support up to 128 GB capacities at very fast data rates. 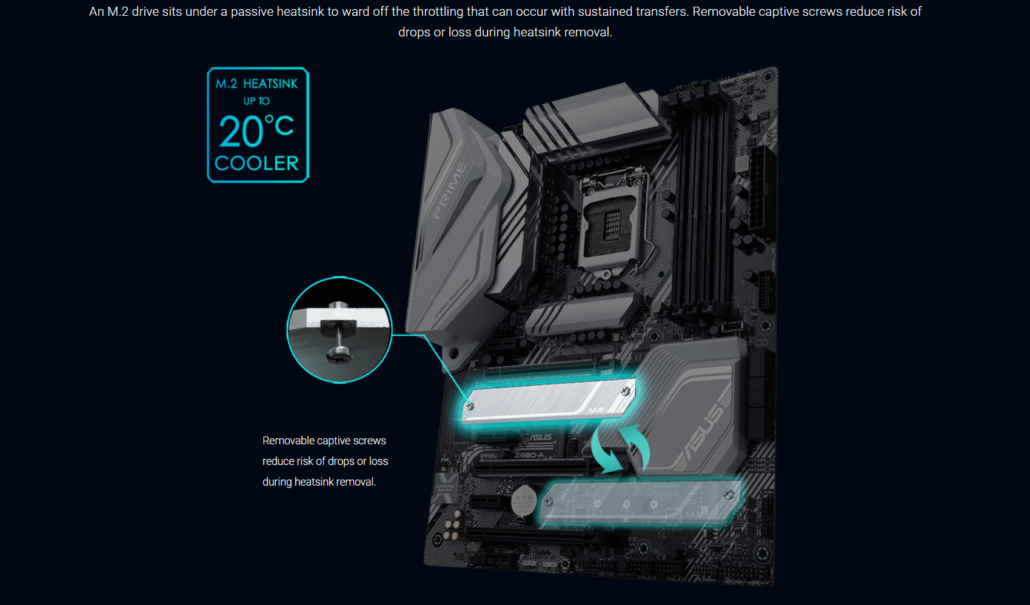 The motherboard carries the iconic PRIME design, with white-colored heatsinks and laser etching on the PCB. The VRM heatsinks seem to be made out of aluminum and may be interconnected via a heat pipe. The I/O cover features the PRIME and Z490 Series branding and looks great without the RGB illumination. There seems to be a separate heatsink underneath the socket which could be cooling a 3rd party controller such as 10G LAN or a PLX chip for added PCIe lanes.

Expansion on the motherboard includes 3 PCIe Gen 3.0 x16 slots, 3 PCIe Gen 3.0 x1 slots and two full-length M.2 slots. The motherboard also features a smaller port to support a NIC. The heatsink PCH is also colored white and has a larger ASUS branding on top. For storage, we are looking at 6 SATA III ports and a handful array of USB connectivity. The design and quality of the PRIME Z490-A look far more superior to the Z390-A but we can hope the prices remain the same.

The next motherboard is the PRIME Z490-P which features the LGA 1200 socket too with a more conservative 12 Phase power delivery. The CPU is also powered by an 8+4 pin connector config. The motherboard carries a brushed metallic theme on its heatsinks with two aluminum blocks cooling the VRMs and a single aluminum block cooling the PCH. The motherboard also comes with four DDR4 DIMM slots and should be able to support up to 128 GB memory capacity. Storage options include 4 SATA III ports. 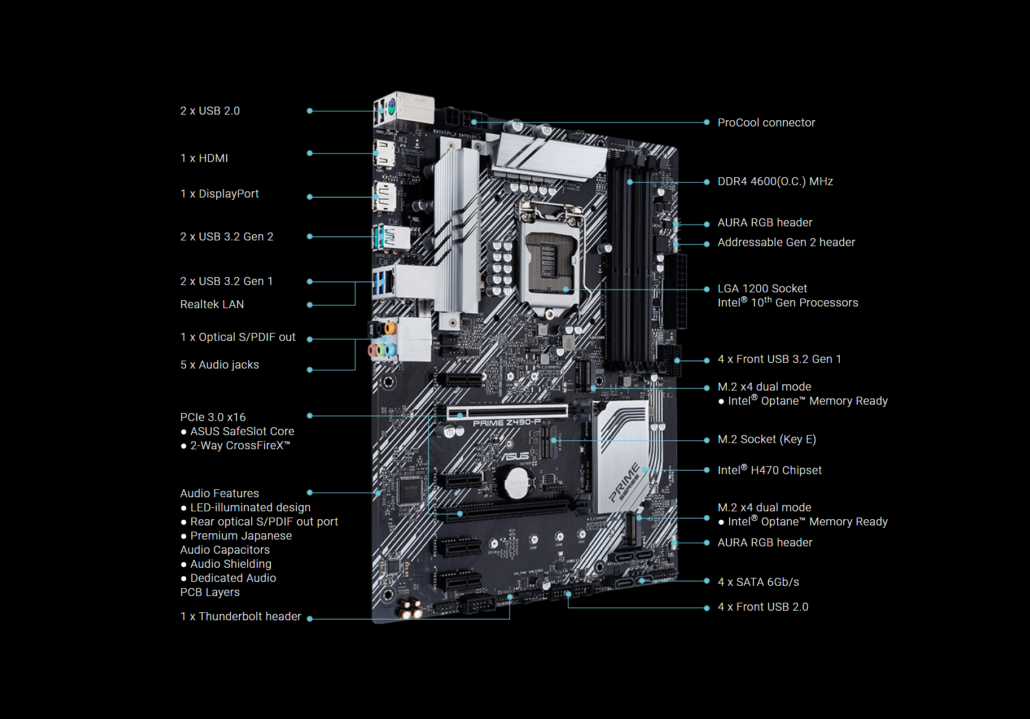 Expansion on the motherboard includes two PCIe 3.0 x16, three PCIe 3.0 x1 slots and two full-length M.2 ports with an additional M.2 socket (Key-E) port for a NIC. The motherboard should be a pretty decent choice for those building a 10th Gen Intel Comet Lake PC. As for I/O, you get 2 USB 2.0, HDMI, DisplayPort, 2 USB 3.2 Gen 2, 2 USB 4.2 Gen 1, LAN, Optical SPDIF and a 5 channel audio jack on the rear of the motherboard.

Overall, these ASUS motherboards based on the Z490 chipset do seem solid enough but ultimately their price and features in comparison to the competition would matter the most. The Intel Z490 & 10th Generation Comet Lake CPUs are expected to launch next month so stay tuned for more information.