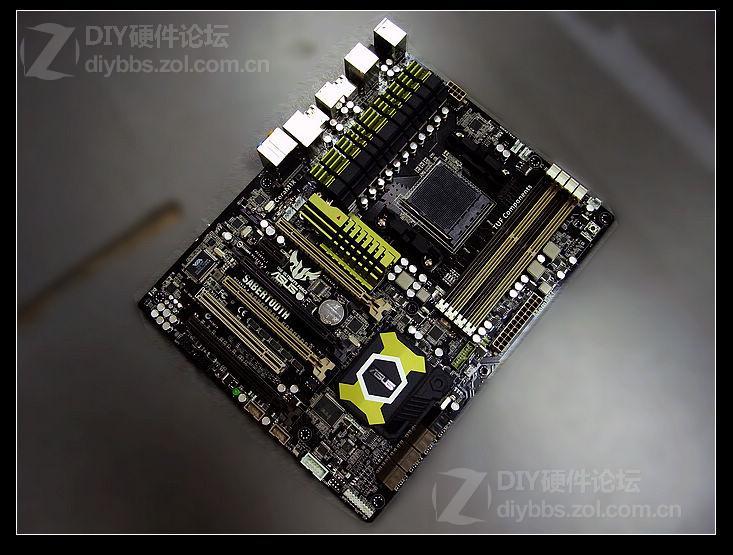 The Asus Sabertooth series is a line of high performance enthusiast motherboards featuring top of the line overclocking environments and high quality Military class C-Caps, VRM Phase, etc which allow upto 15% cooling performance than traditional heatsink designs. The Sabertooth uses a cooling design similar to the Intel P67 series based Sabertooth board with a large heatsink covering the 8 +2 phase VRM design (Digi +) while a small heatsink is located on top of the Southbridge. The 4 DDR3 dimm slots allow upto 16GB memory support with frequencies of 2000mhz+(OC).

Connectivity ports include 14 USB 2.0 and 4 USB 3.0 ports while storage ports include 6 Sata 6Gbps, 2 Sata 3Gbps and 2 standard e-Sata ports. The board is bundled with Asus AI Suite II, PC Probe, Turbo V Evo software. The board is likely to be announced on Computex 2011 event along with the Bulldozer release which you can check here. 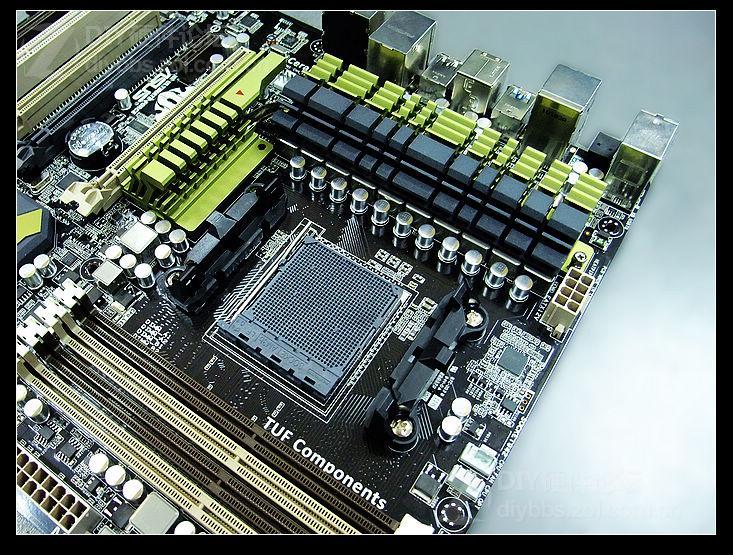 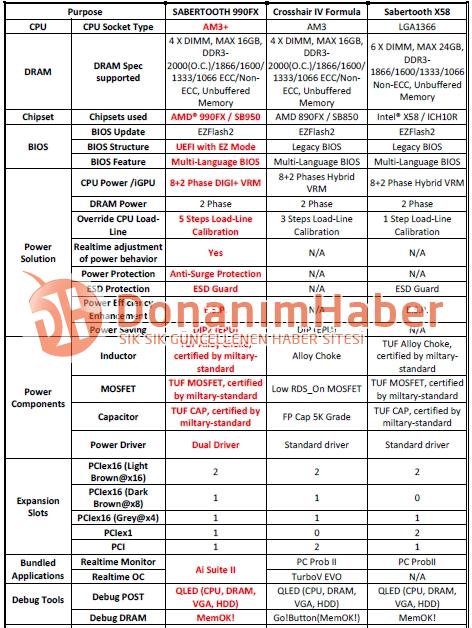 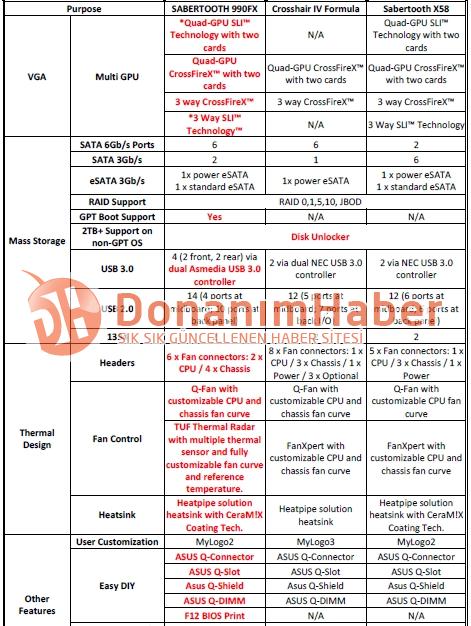