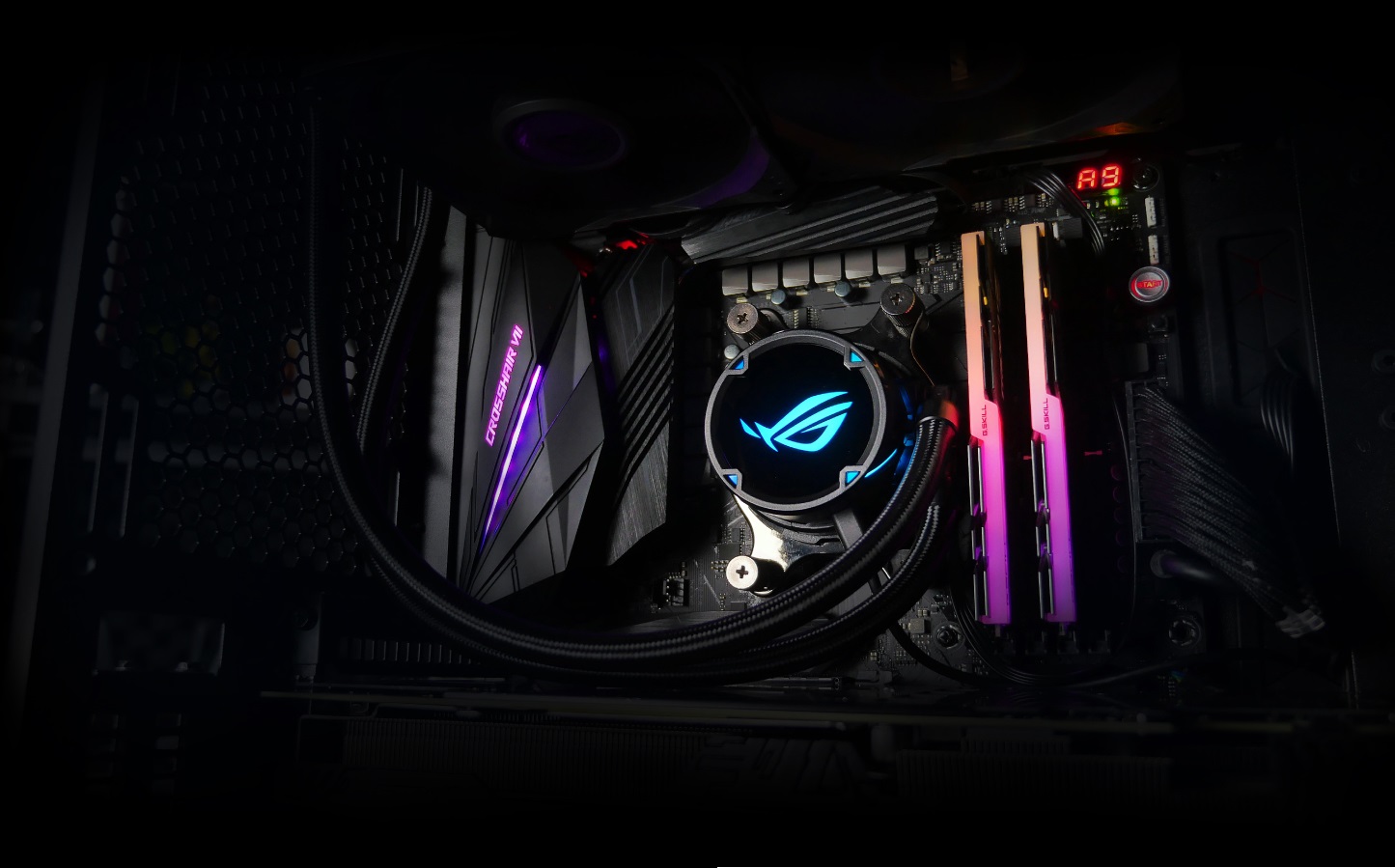 ASUS ROG unveiled their newest addition to the cooler lineup which also happens to be their cheapest offering. This AIO, also known as a closed loop cooler (CLC), skips out on the OLED display to reduce cost. It is the ROG Strix LC 120 and 240. This is the lower end model below the Ryuo and Ryujin. The 120 comes with a 120mm radiator and the 240 comes with a 240mm. ROG opted for a circular block that only has the RGB ROG eye.

The cooler is compatible with both Intel and AMD sockets. On AMD’s side, AM4 socket is covered out of the box, but the TR4 socket, due to its sheer size, requires an additional part to work which is purchased separately. On Intel’s side, the supported platforms are LGA 115x,1366, 2011, 2011-3, 2066. The only chipset it doesn’t support from Intel is the LGA 3647, but with good reason, it doesn’t. There isn’t a need for a cooler like this on a server and if you had the unlocked Xeon, you would need something much more powerful. 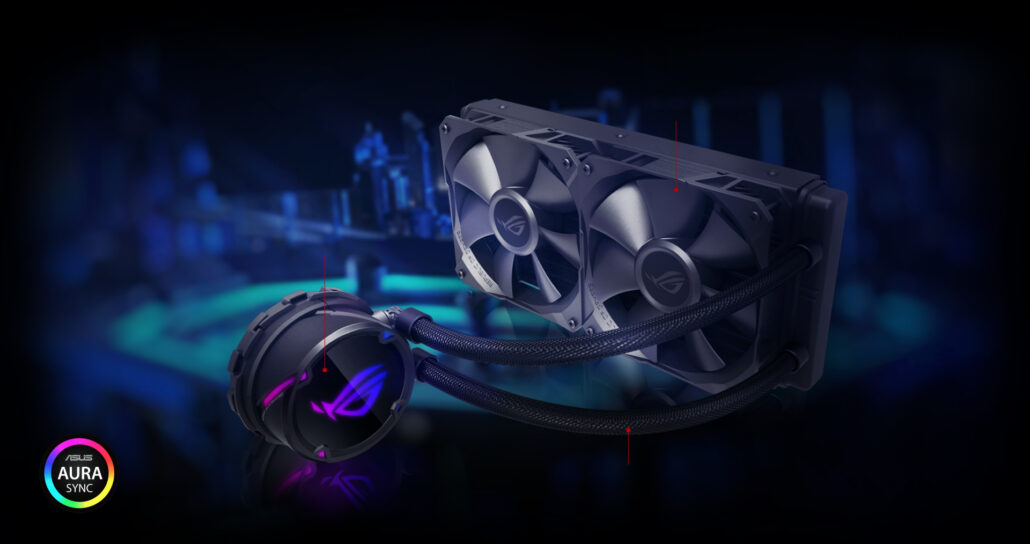 The cooling area is a block and pumps combination and the dimensions of it are 80 x 80 x 45 mm. The cold plate is high-quality copper that has engraved microchannels to provide better thermal dissipation which in turn would equal better cooling performance. Connecting the pump to the radiator is a 15-inch rubber tube with a braided sleeving. The length of the tube should allow for multiple mounting positions depending on your case. The radiator is made out of aluminum, but no more information was listed such as the fins.

The RGB on the block is the ROG eye on the top of the block and what Asus calls a “slash cut” pattern around the circular block. The RGB lighting can be customized through Asus Aura and is Asus Aura sync compatible. The fans are ROG’s Ryuo 120mm fans which are all black with the ROG eye engraved in the center. The fans go anywhere from 800-2500 RPM with a CFM of 81. It also claims the static pressure is 5.0mm H2O with a sound level of 37.6 dB(A). For reference, the average library is about 40 dB(A), so the fans are slightly quieter than that of an average library. The only thing that I would change about this is the fans because it is an RGB cooler and it would only be fit to include RGB fans. If you dislike the RGB, you could disable in Asus Aura.

Pricing nor availability has been announced, but I am expecting this to be under the price of the ROG Ryujin and Ryuo because it is an entry-level model. If I had to guess, this will be announced during Computex 2019. It would then be available by late May or early June.