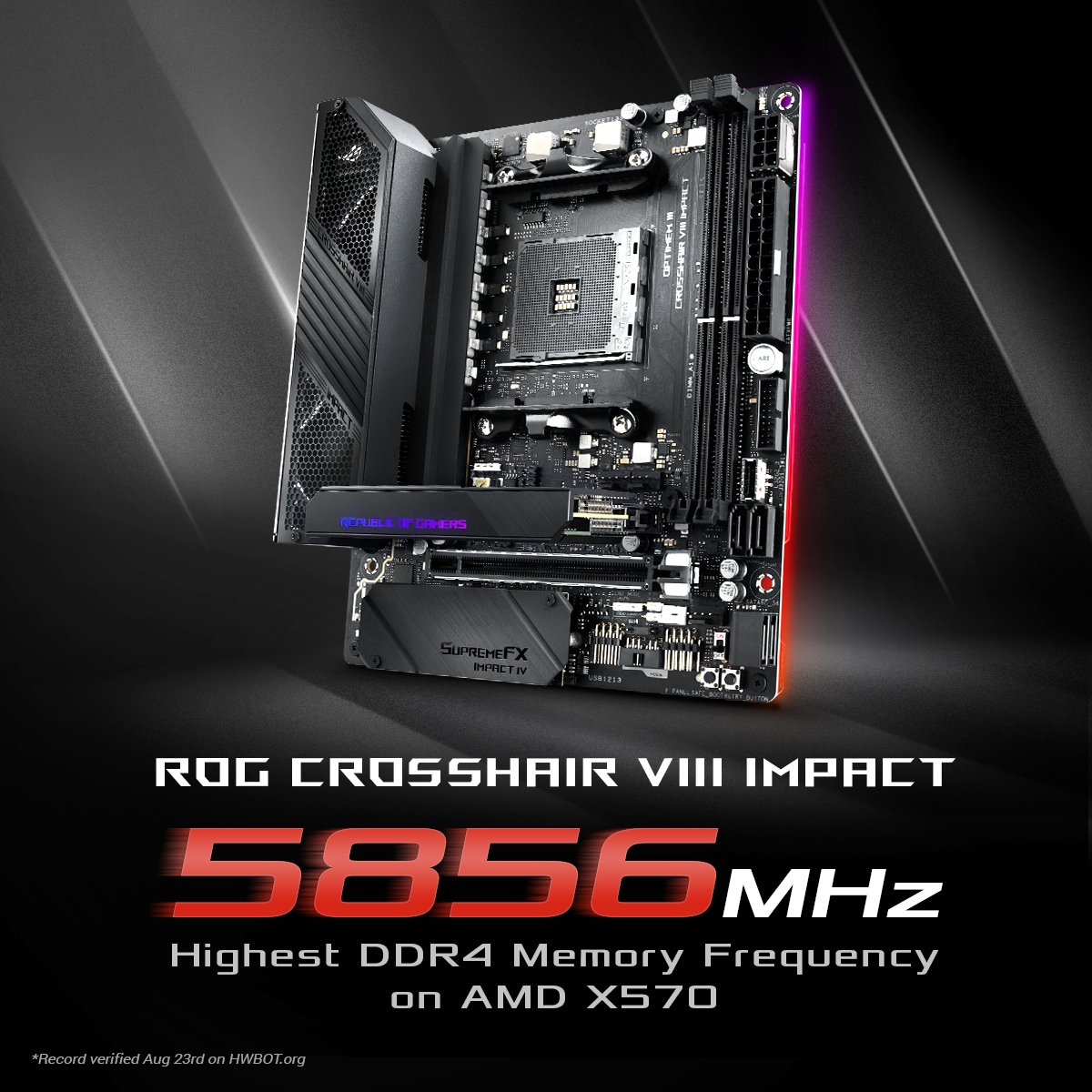 ASUS's yet to be released ROG Crosshair VIII Impact along with an AMD Ryzen 3000 CPU has just achieved the highest DDR4 memory frequency record on the X570 platform. The record has been validated by HWBOT and puts AMD's Ryzen and X570 platform in the hall of fame.

The record-breaking overclock was achieved by Taiwanese overclocker "Bianbao" who used the unreleased ASUS ROG Crosshair VIII Impact motherboard, an AMD Ryzen 5 3600X processor that was underclocked to 2.2 GHz, and G.Skill's Ripjaws V (DDR4-3200 MHz CL16) memory. Other specs of the benchmark rig included a GALAX GeForce GT 710 (Fish) and LN2 cooling which is required for overclocks this intense.

You can see the validation of the entry here. Talking about the ASUS ROG Crosshair VIII Impact, the motherboard will be coming in an D-ATX form factor and has a pretty sweet design methodology & component list. We are looking at an 8+2 VRM configuration which makes use of TDA21472 power stages. Each stage of capable of delivering up to 70 Amps of power to AMD Ryzen 3000 series CPUs. The AM4 socket is powered through a single 8-pin connector. The VRM is cooled by a large heatsink that has a mesh cover on top and the ROG eye logo etched in the centerpiece. The dual fan (active-cooling) can be seen through the mesh grill which blows air towards aluminum heatsink.

The standout feature of the motherboard is the Dual DIMM design which makes it an overclocking beast. I think the reason for performing this record frequency overclock was to showcase the true power of the ROG VIII Impact. Other features include four SATA III ports, a single PCI-e 4.0 x16 slot, dual M.2 slots which are mounted on an add-in card and the SUPREME FX audio. The motherboard is expected to hit retail soon.