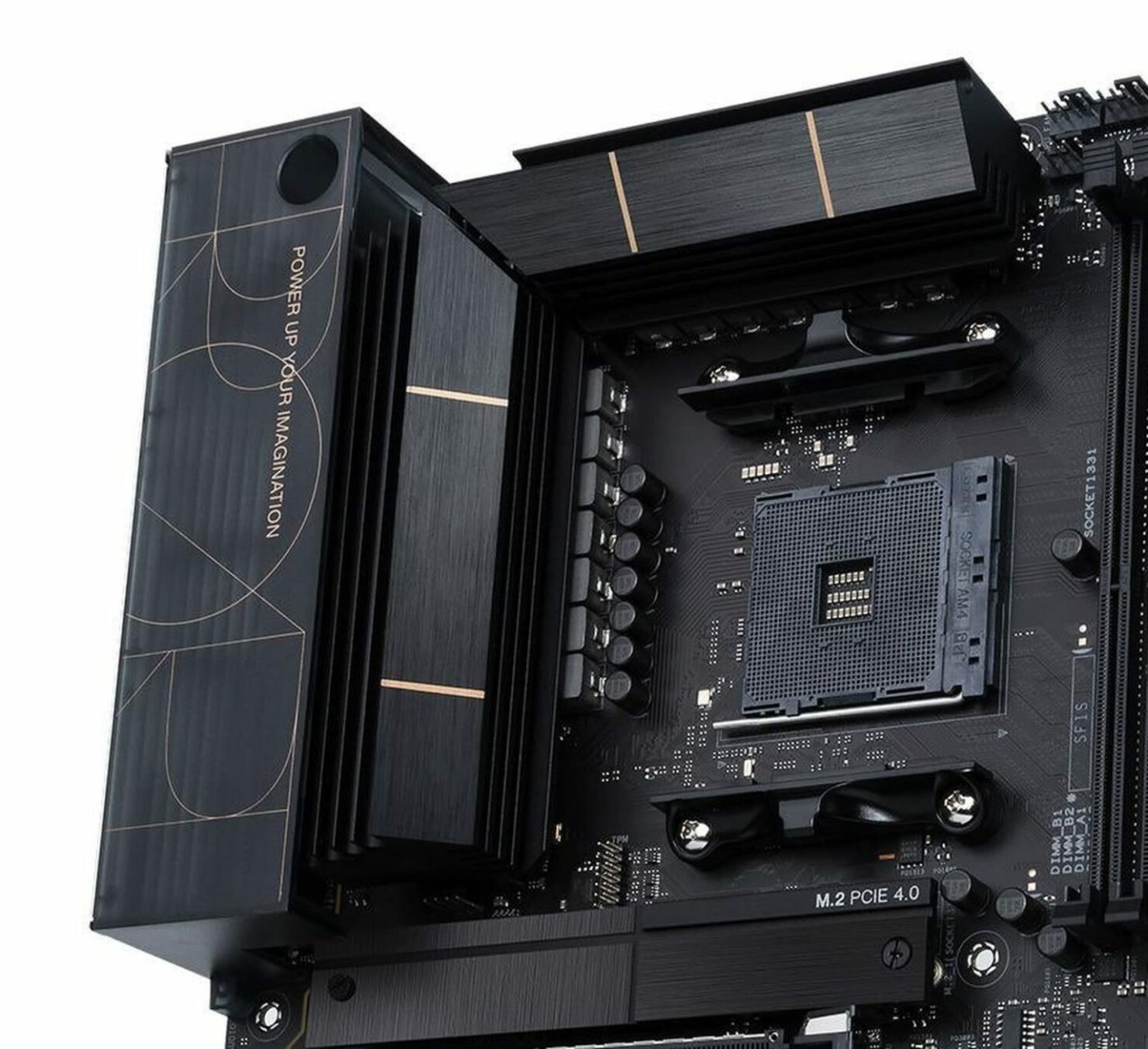 ASUS's ProArt B550 Creator motherboard is going to be the first product, not only based around the AMD platform, but the first in general to feature support for Thunderbolt 4. The motherboard also carries a very unique aesthetic which is designed around the content creator segment.

Thunderbolt 4, A Proprietary Intel Technology, Finds Its Way Onto The AMD Chipset Based ASUS ProArt B550 Creator Motherboard

It falls in between the A520 chipset on the lower end and the X570 chipset on the higher end. There isn't much certainty whether the 500 series chipsets will be the last chipset before AM5 or whether it will be kept for AM5. Many motherboard manufacturers including ASUS are continuing to release B550 based motherboards.

So... Why is this a big deal? Thunderbolt 4 had only been seen on Intel-based products, appearing on Tiger Lake-U laptops last year and on Z590 motherboards. Thunderbolt 4 is a proprietary Intel technology that operates over a USB Type-C port. The port adds power delivery, DisplayPort, and PCIe connection functionally over USB and the new generation improves on the functionality. The ProArt B550 Creator is the first AMD motherboard to support Thunderbolt 4. The reason it's special is that the Thunderbolt 4 connector had been reserved exclusively for Intel chipset motherboards. Also, the Z590 version of the ProArt Creator has yet to be announced.