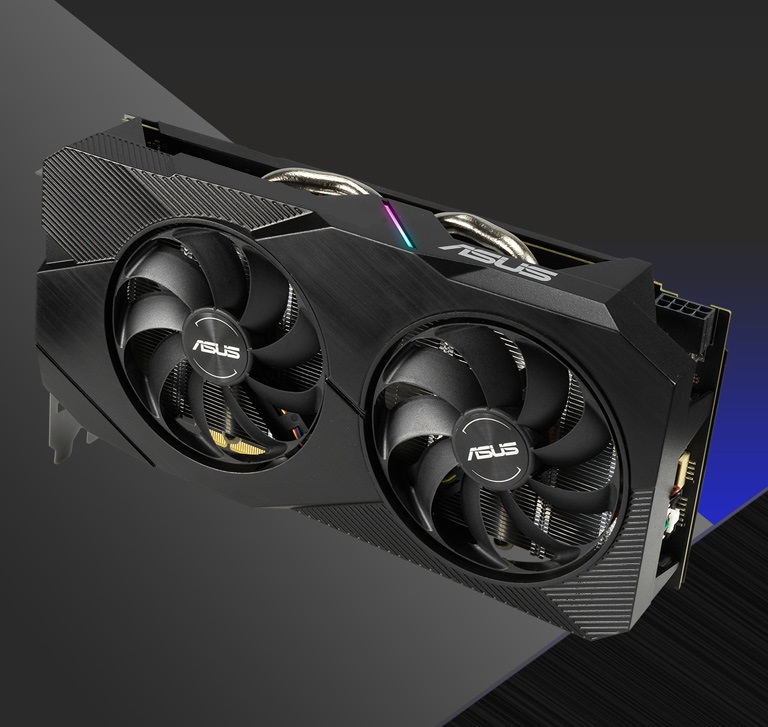 ASUS is bringing its CMP Cryptocurrency mining cards including the NVIDIA CMP 30HX in the retail market next month. Its upcoming mining card, the CMP 30HX 6G has been pictured & detailed by Videocardz which shows some interesting features for a card dedicated to GPU mining operations.

In the pictures posted by the source, it is revealed that the ASUS CMP 30HX based on the NVIDIA Turing TU116 GPU has the same design as the GeForce GTX 1660 SUPER Dual Evo. The card has a 2.7-slot and dual-fan design which pushes air towards an aluminum fin-based heatsink. The heat sink features several heat pipes that run through it and a nickel-plated base plate that sits directly over the GPU.

The ASUS CMP 30HX features a nice black color shroud and backplate. There are vents on the back of the mining card but the main feature that this card retains from its GeForce brethren is the RGB lighting. Yes, the card does feature ARGB LEDs on the side strip which would add some extra bling to your mining rig. 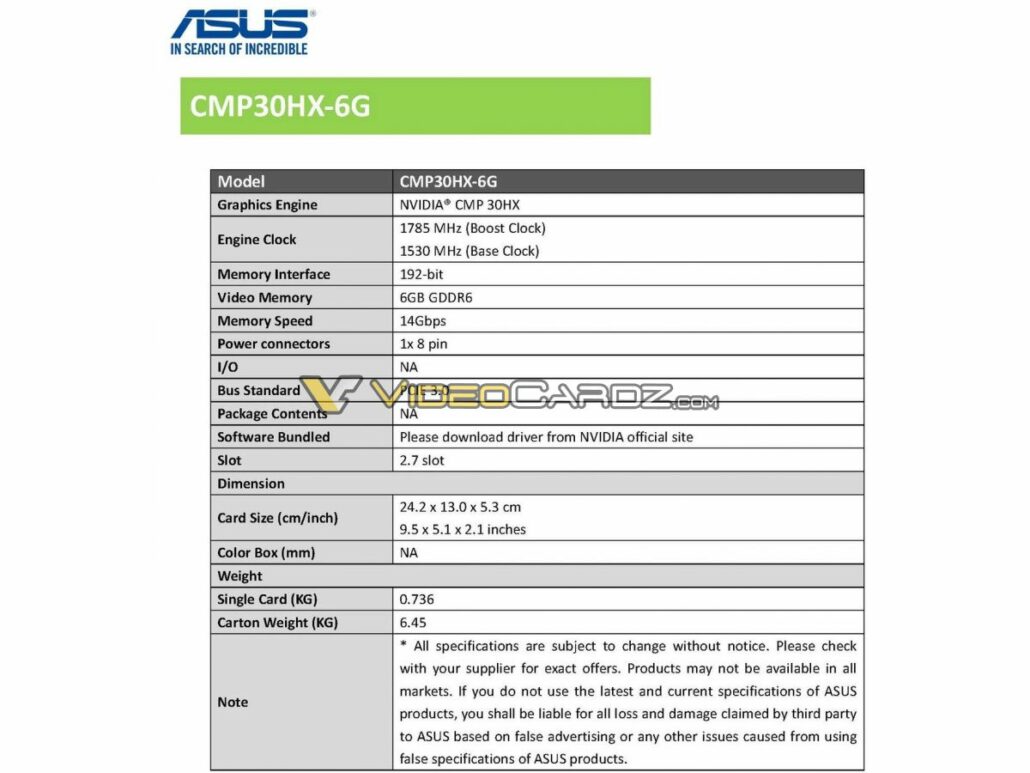 The NVIDIA CMP 30HX has a base clock speed of 1530 MHz and a boost clock speed of 1785 MHz. The memory on the card is 6GB of GDDR6 memory clocked at 14 Gbps. It looks like the clocks are consistent across all CMP 30HX cryptocurrency mining GPUs. The factory overclocks designs cannot be implemented here as the cards will be running 24/7, unlike gaming variants which don't happen to run under constant load for longer durations. The card is provided power through a single 8-pin connector.

As per Videocardz's source, the NVIDIA CMP 30HX graphics cards from manufacturers are expected to launch around May 2021. The ASUS CMP 30HX in particular is going to retail at $799 US which is $80 US higher than what the Gigabyte and Palit CMP 30HX cryptocurrency mining cards are being listed for, online.