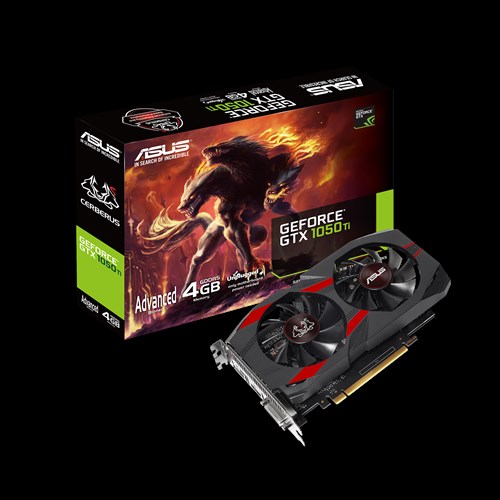 Earlier today ASUS rolled out their GeForce GTX 1050 and GTX 1050 Ti Cerberus graphics cards. The GTX 1070Ti Cerberus card launched at the end of 2017 and the Cerberus line is aimed at use in gaming PC cafes, or PC Bang's depending on what part of the world you're from. The cards have been tested with a 144 hour burn-in for quality control to ensure the card simply works when you get it, avoiding the point of failure at the first hundred hours or so of usage. The GTX 1050 Ti Cerberus (CERBERUS-GTX1050TI-O4G) comes with 4 GB of memory, while the GTX 1050 Cerberus (CERBERUS-GTX1050-O2G) comes with 2 GB.

These cards are based on the exact same board design with a just under 7 inch long full height PCB and a monoblock aluminum GPU heatsink that's flanked by a pair of dust resistant Internation Protection Marking IP5X 80mm fans which tests in harsh conditions to ensure optimal performance, It also features a 3+1 phase VRM with ASUS's highest grade Super Alloy Power II chokes that power the card, which are some of the best in the industry as well. Both cards also come equipped with a full backplate, with the full Cerberus design on display. 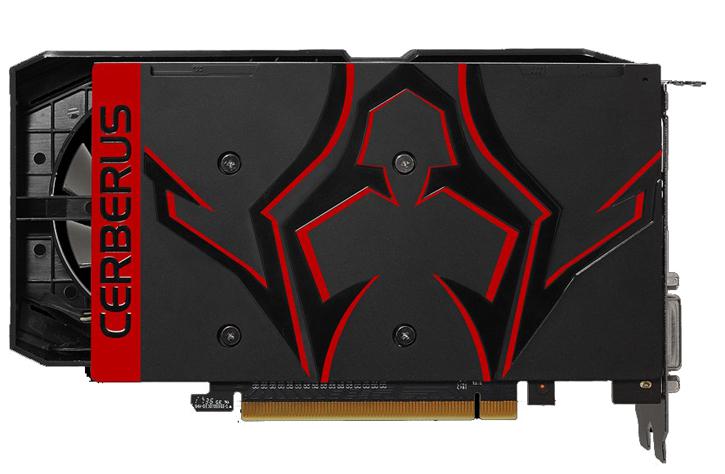 Both cards do not require anything more than PCI Express power from the slot which MAY deter miners (fingers crossed but unlikely) even with rumors of GP102 production winding down, this seems like evidence we won't be seeing the replacement for GTX 1050 and GTX 1050 Ti for a little while.

(Ethics disclaimer: These are affiliate links and we will receive a commission from Amazon/Newegg).