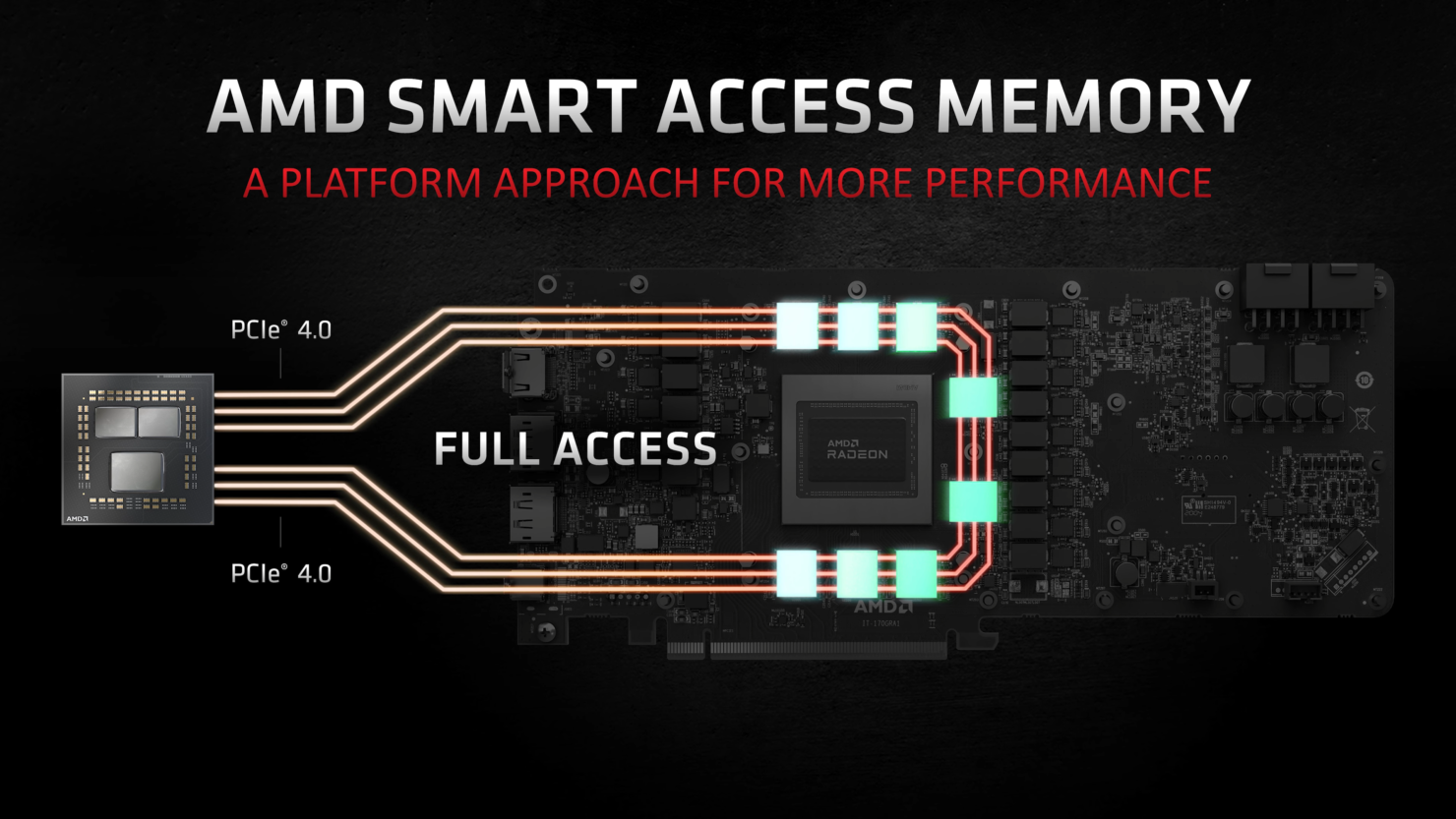 ASUS seems to have enabled AMD Smart Access Memory on the first generation Ryzen CPUs on a B450 motherboard as one user on Reddit managed to get the feature running on his PC. The user who goes by Merich98, posted his findings in the AMD subreddit and shared not only that the tech works with his motherboard and CPU but also posted some performance numbers.

AMD's Smart Access Memory or resizable-BAR (Base Address Register) feature helps CPU access the full memory buffer that's available on modern GPUs. AMD is the first to offer support for this feature on its Ryzen 5000 and 500-series motherboards but board manufacturers have recently extended support (unofficially) on AMD's 400-series and also Intel's 400-series motherboards. The platforms running AMD Ryzen 5000 and Intel 10th Gen CPUs are seeing performance jumps that average around 10-15%.

There were recent rumors that older generation AMD CPUs won't get SAM support due to a lack of full-rate PDEP instructions. For comparison, the PDEP/PEXT instructions on Zen 3 is a magnitude 250 times faster than Zen 2. However, that didn't turn out to be the case at all as Anandtech's Dr. Ian Cutress got a response from AMD saying that PDEP doesn't dictate if SAM could be enabled or not on older Zen-based Ryzen CPUs.

Got a response from AMD about PDEP and SAM:

'Smart Access Memory does not depend on the performance of the PDEP instruction.'

The speculation about accelerated PDEP on Zen3 being a factor seems to not be the case.

As such, we are now seeing motherboard vendors enabling support for the SAM even on 1st Gen Ryzen CPUs. The user managed to enable AMD Smart Access Memory with an AMD Ryzen 7 1700 CPU running on his ASUS B450-PLUS motherboard. The board was running the latest 2409 BIOS which released in early December. Enabling SAM on B450 motherboards is no biggie since almost all manufacturers have support out for the feature but doing so with an AMD Ryzen 7 1700 CPU is definitely the most interesting thing here. 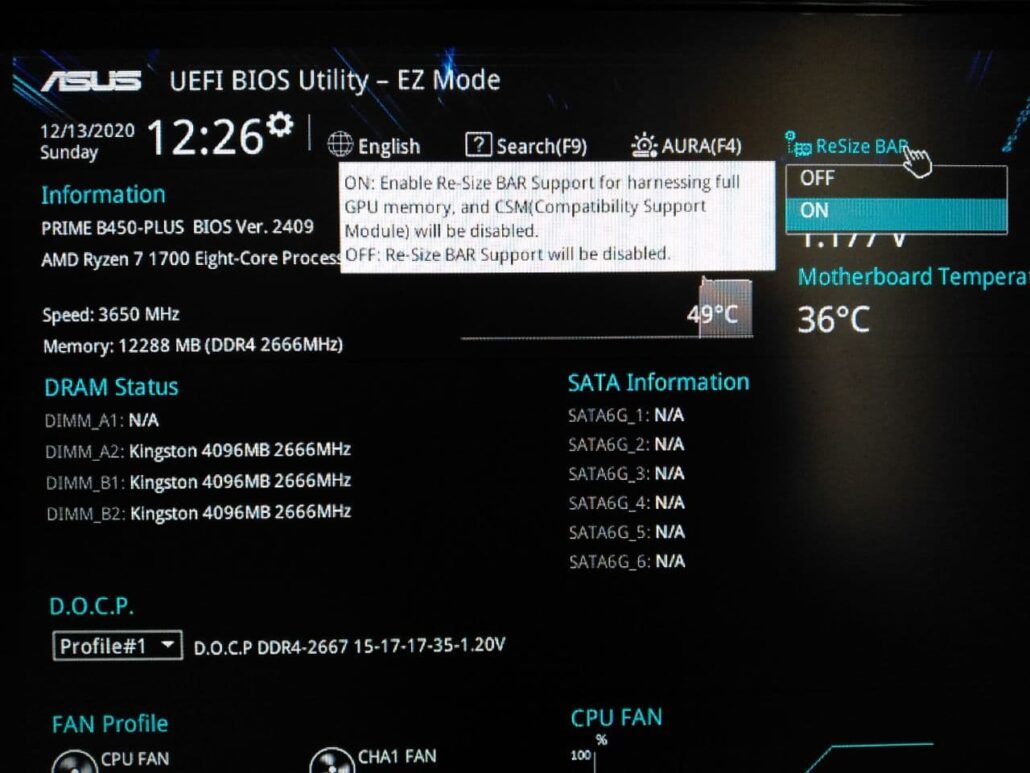 The user also tested the performance in Doom Eternal and Shadow of The Tomb Raider. The card used was an AMD Radeon RX 580 which is based on the Polaris architecture & is three generations behind Radeon RX 6000 series. Now BAR also doesn't require you to own a particular GPU as we've seen the feature enabled on an NVIDIA RTX 30 series graphics card on the Z490 platform but we've yet to see any performance results. The user tested the game at 2560x1080p resolution at the Ultra preset and he states that he saw no difference in performance with the feature enabled or disabled within Shadow of The Tomb Raider.

As for Doom Eternal, the game was tested at 1080p at Ultra preset. The results are as follows:

With AMD SAM DISABLED ON BIOS:

With AMD SAM ENABLED ON BIOS:

As you can see, most of the differences are within the margin of error while the minimum FPS take a huge hit which indicates performance degradation with AMD Smart Access Memory enabled on an older generation graphics card. As with the RTX 30 GPUs, we have to keep in mind that support from graphics API and GPU drivers is very essential here and one reason why NVIDIA will enable support later on through a driver update. It is likely that if the user had tested an AMD Radeon RX 6000 series graphics card, he might have seen a performance improvement even on an older CPU & motherboard platform.

We don't expect AMD to add BAR support for GPUs that are not part of its Radeon RX 6000 series family as is the case with NVIDIA's RTX 30 series but those who plan on running an older CPU/board combo with a modern GPU should be getting the same leverage in performance as a high-end platform offers today.