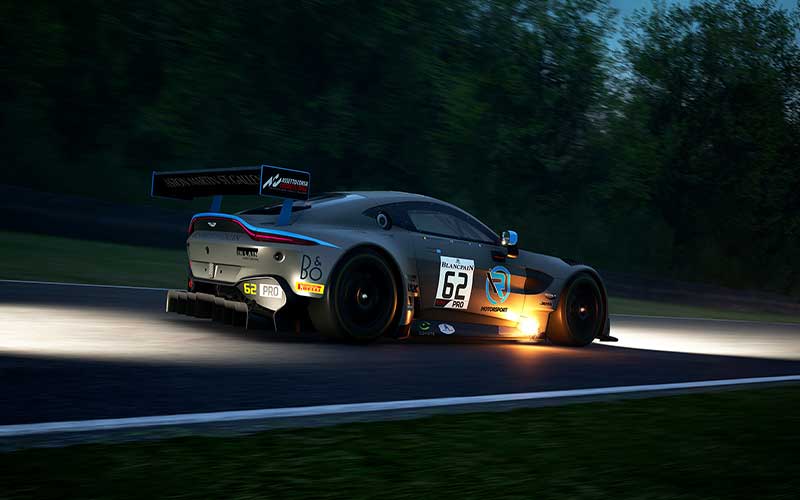 Assetto Corsa Competizione will be arriving on the next-gen consoles later this year, publisher 505 Games has confirmed.

Developed by Italian developer Kunos Simulazioni, the sports car racing simulator was released for PS4 and Xbox One last year, and as confirmed by its publisher through an official press release, a PS5/XSX version is slated for a release somewhere this year.

“In 2013, Assetto Corsa went into early access on Steam, quickly becoming a must-own for sim racing enthusiasts upon its full launch in December 2014”, the press release reads. “In August 2016, Digital Bros subsidiary, publisher 505 Games, released the game on PS4 and Xbox One and Assetto Corsa reached an entirely new console audience. The studio was purchased by Digital Bros in 2017. The franchise’s exponential growth has continued, with the release of Assetto Corsa Competizione on Xbox One and PS4 in 2020, with the game coming to next-gen consoles later this year.”

Exact details about this “next-gen” release are unknown but it’s likely that will be looking at some sort of PS5 and Xbox Series X|S update for the game that will increase the game’s resolution and improve its performance alongside other enhancements on the next-gen consoles.

Earlier this month, in an interview with website GT Planet, Kunos Simulazioni co-founder Marco Massarutto already suggested that the game would be arriving on the new consoles. You can check out the interview with GT Planet down below:

We’ll update as soon as we learn more about the PlayStation 5 and Xbox Series X|S versions of Assetto Corsa Competizione. For now, stay tuned.