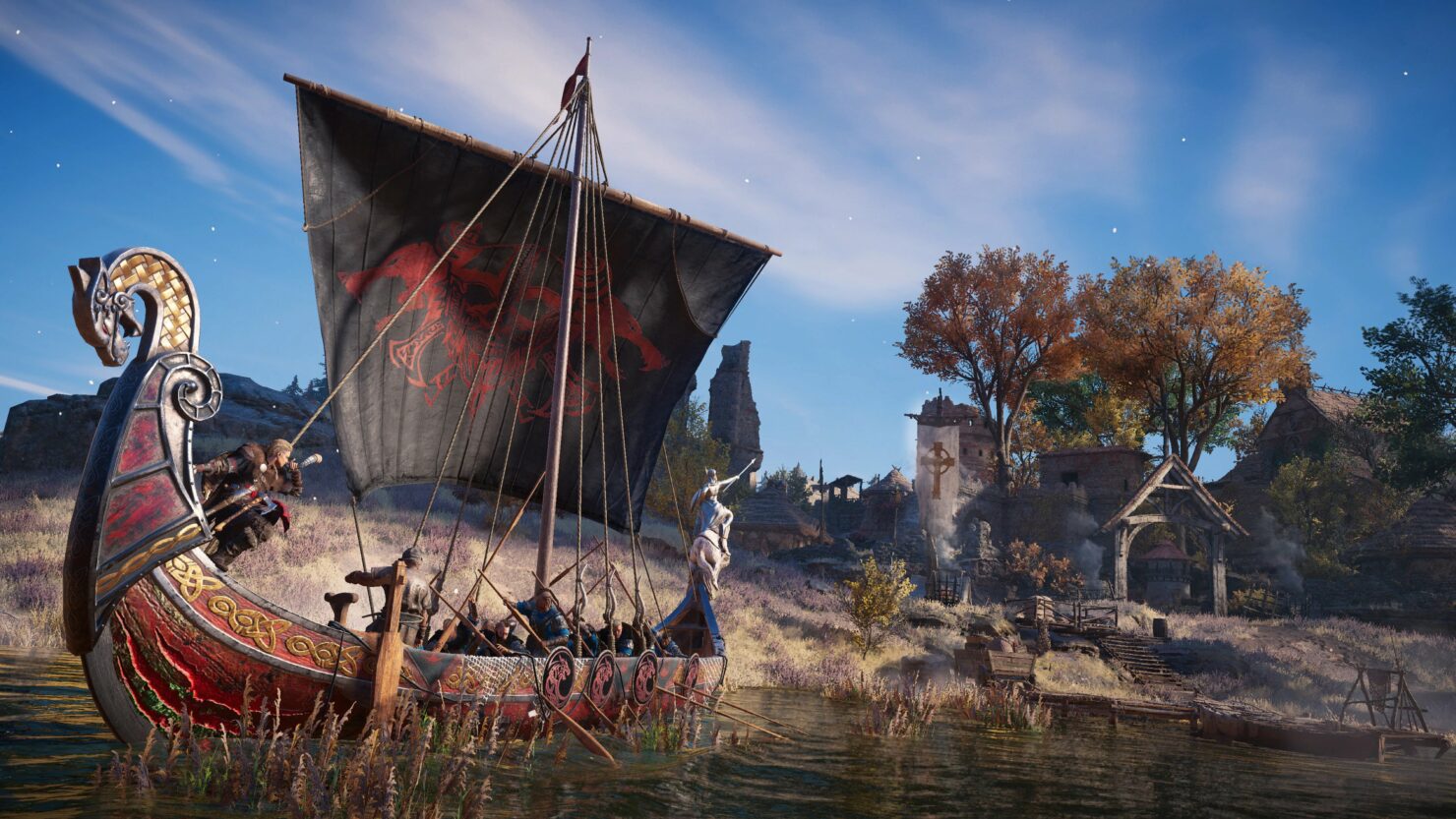 Assassin’s Creed Valhalla is getting a brand new play mode in two months that will feature plenty of replay value.

Today, Ubisoft confirmed that the River Raid update will introduce a new play mode that will feature three different replayable maps filled with new Gear, Silver, Runes, and Books of Knowledge. The expansion will also introduce a new Jomsviking Hall.

Aside from the new skills and abilities that will be unlocked in February, 2021, a new game mode called the River Raid will keep you busy with not one, not two, but THREE new (and replayable!) maps that will be brimming with new Gear, Silver, Runes, Books of Knowledge, and much more. And you’ll want to build the new Jomsviking Hall in your expanded Settlement so that you can recruit more Jomsvikings to take with you to these River Raids.

Ubisoft also provided some new details on the Yule Season, a new event that marks the beginning of Assassin’s Creed Valhalla Season 1. Among the new content releasing as part of the event is a Settlement expansion, new loot, and more.

More room means more buildings! The Settlement is expanding, and the revellers have arrived to host numerous festivals throughout the year. And to kick off the month, they’ll be throwing a Yule Festival! What’s a Yule Festival, you may ask? Well...

Odin is with us! We’re excited to proclaim the commencement of the time-limited Yule Festival active from December 17 to January 7, with many festivities to enjoy and rewards to garner. The weather forecast for Ravensthorpe is going to be snowy, so better bring your Galloglach Cape to keep warm.