In an interview in the new issue of Official Xbox Magazine, senior producer Francois Pelland explains the great importance of the river Thames in Assassins's Creed Syndicate. 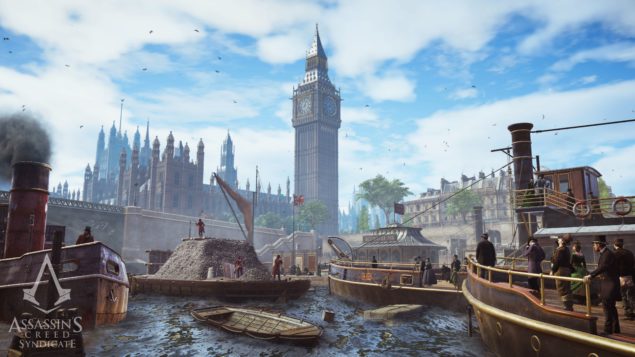 "We treat the Thames almost as its own borough in a way, because it really does have its own story, it has its own way of functioning,"

"Without getting into too much detail too far in advance, we knew we needed to be true to what the purpose of the river Thames was back then. London was controlling a quarter of the population of the entire world. It was the centre of the industrial production of the world. So it was a key port, with boats shipping production in and out. We’ll be going into more detail about this later." 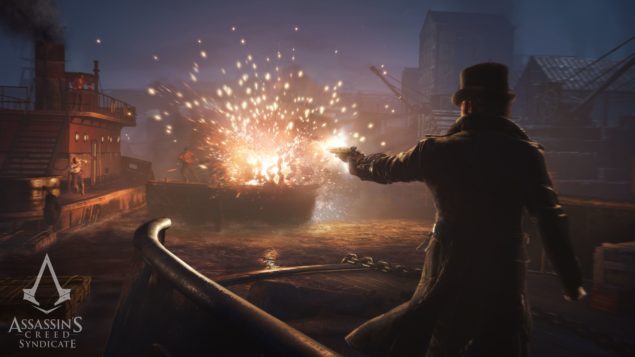 From Buckingham Palace to Whitechapel, fight and triumph across the massive open world of Victorian London. Parkour across moving vehicles to track down enemies or escape after a daring raid. Hijack carriages and engage in no-holds-barred street races or blaze a trail of destruction aboard steamboats on the River Thames.

With Jacob as the leader, gamers can establish Great Britain’s fiercest gang, the only force that can challenge the plutocrats and defeat rival gangs, to bring freedom to the oppressed masses. Enemy strongholds can be infiltrated by using an arsenal of weapons to dominate London’s underworld. From robbing trains to rescuing child laborers, players will stop at nothing to bring justice to London’s lawless streets.

As the brash, rebellious Jacob Frye, throw up your dukes and take on enemies with lightning-fast multi-kills and countermoves. Use improved stealth tactics to elude your enemies, then unleash your arsenal of all-new weapons including the kukri knife, brass knuckles and cane sword. Utilize new technology like the rope launcher to scale buildings in seconds and take your enemies by surprise.

Assassin's Creed Syndicate comes out on Xbox One and PS4 on October 23 2015, with a PC release to follow. We will bring you any new information as soon as it becomes available.