We've all known for some time that the PC version of Assassin's Creed Syndicate is going to release a few weeks after the it will on PS4 and on the Xbox One, on November 19th. It's been an interesting connundrum that has sparked many a discussion. Ubisoft is explaining why that is. 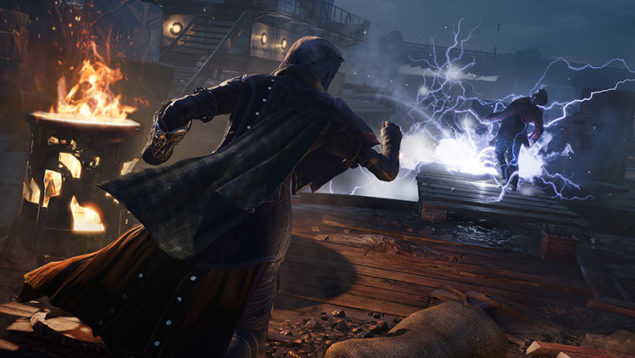 Ubisoft is elucidating on why Assassin's Creed Syndicate on PC is going to be released after console versions. Optimizations, they say.

Previously it's been almost common place for the PC version of Assassin's Creed games to be rather poorly optimized. They simply didn't run very well at all. That's supposedly changed with new policies in place at Ubisoft. There's a concerted effort to change the poor image from the past.

“We have introduced several new improvements to our production pipeline and validation process, which allowed us to focus on polishing, stabilizing and optimizing the PC version very early on in the project. This has been one of the top priorities for the production team this year.”

So then, they're very much aware of the predicament that they're in due to the previous Assassin's Creed games, and while gamers have no reason to believe that this will be different, they are at least making an effort to communicate their intentions, to break away from the very poor release of Unity.

“The additional four weeks are for us to really bear down and finalize all of the polish and optimization, to make sure the game and all of its systems are stable when it launches, so it runs smoothly for all players starting on day one,”

With all of the optimizations that are being made to the game, the recommended PC requirements are targeting a 30 FPS average at 1080P. This is not necessarily a groundbreaking performance target, but it should be considered the minimum for a decent experience. As we know, FPS is something that is experienced in a relative way. Some are sensitive, some are not. However, a constant 30 FPS is still said to help create a more cinematic experience nonetheless.

Be on the look out for more news as Syndicate nears its final release date. It's coming to PS4 and Xbox One on October 23rd, and of course the PC on November 19th.