Assassin's Creed Syndicate features two main protagonists, twin siblings Jacob and Evie Frye. Jacob is the loud and more brawler focused of the two, relying heavily on his knuckles to do the talking, while his sister Evie is a more restrained assassin, taking a more stealthy approach to tackle her missions. 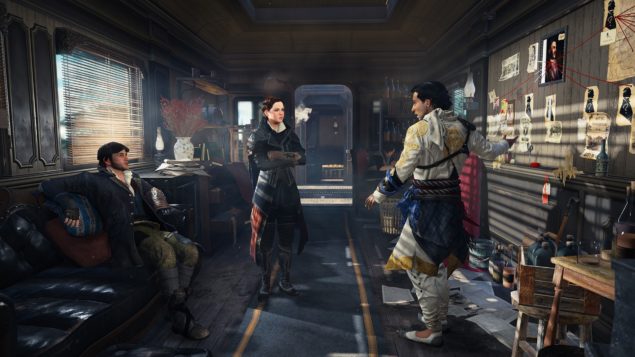 Gamespot, during their hands-on time with the latest iteration of the long-running franchise have recorded and shared some direct-feed footage of Syndicate, focusing on the two different approaches, using each protagonist for combat and stealth respectively. You can watch Gamespot's Assassin's Creed Syndicate gameplay footage below.