Assassin's Creed Syndicate first released on PlayStation 4 and Xbox One last month, and our own Rosh Kelly liked it a lot. Ubisoft delayed the PC release in order to avoid a similar debacle to last year's Assassin's Creed Unity; they had promised optimization and quality this time around. However, the first reports on the PC version (which will be officially out tomorrow) aren't exactly reassuring on this front. 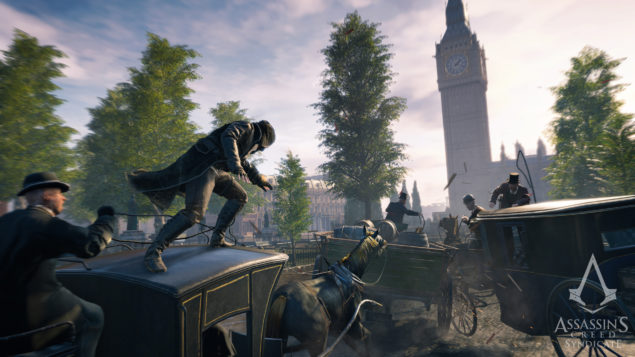 According to Neogaf user Flandy, cloth physics appears to be running at 30FPS for some reason. He even uploaded a video on YouTube to prove it.

The effect is quite jarring indeed. It probably was the case on consoles already, but Assassin's Creed Syndicate ran at 30FPS as a whole, so there was no difference there; however, the PC version of the game is able to run at higher frame rate which makes this fairly noticeable.

Of course, it could be simply a minor bug that Ubisoft can fix with a small patch; there is no way of knowing that right now. Screenshots of Assassin's Creed Syndicate's PC settings are also circulating thanks to Reddit user Profoundsoup. 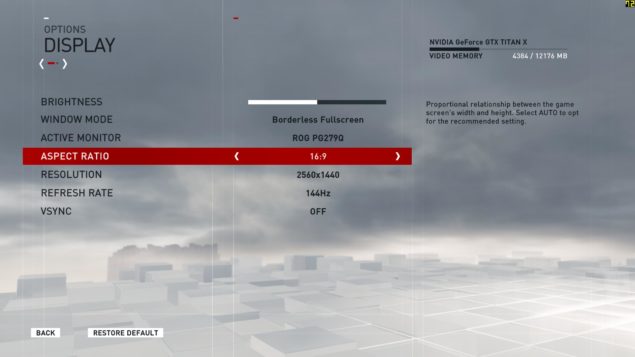 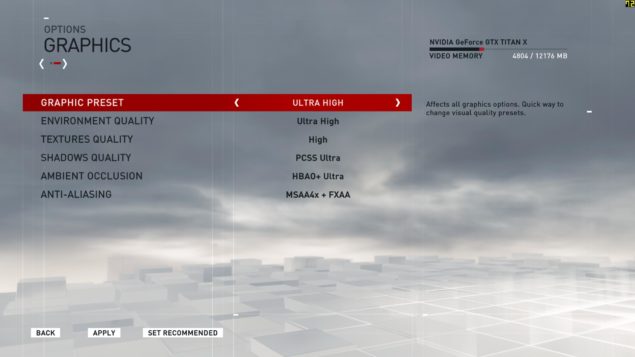 In his performance report thread, he mentioned that NVIDIA GameWorks features like PCSS (Soft Shadows) and HBAO+ Ultra cause a loss of about 15-20 FPS; MSAA (and TXAA by extension) is also heavy on performance.

Finally, he posted five screenshots of different glitches he encountered during his playthrough. It seems like little has changed for Assassin's Creed on PC, sadly.