Assassin’s Creed Origins Director: We Wanted To Take A Major Leap Forward and Modernize The Experience 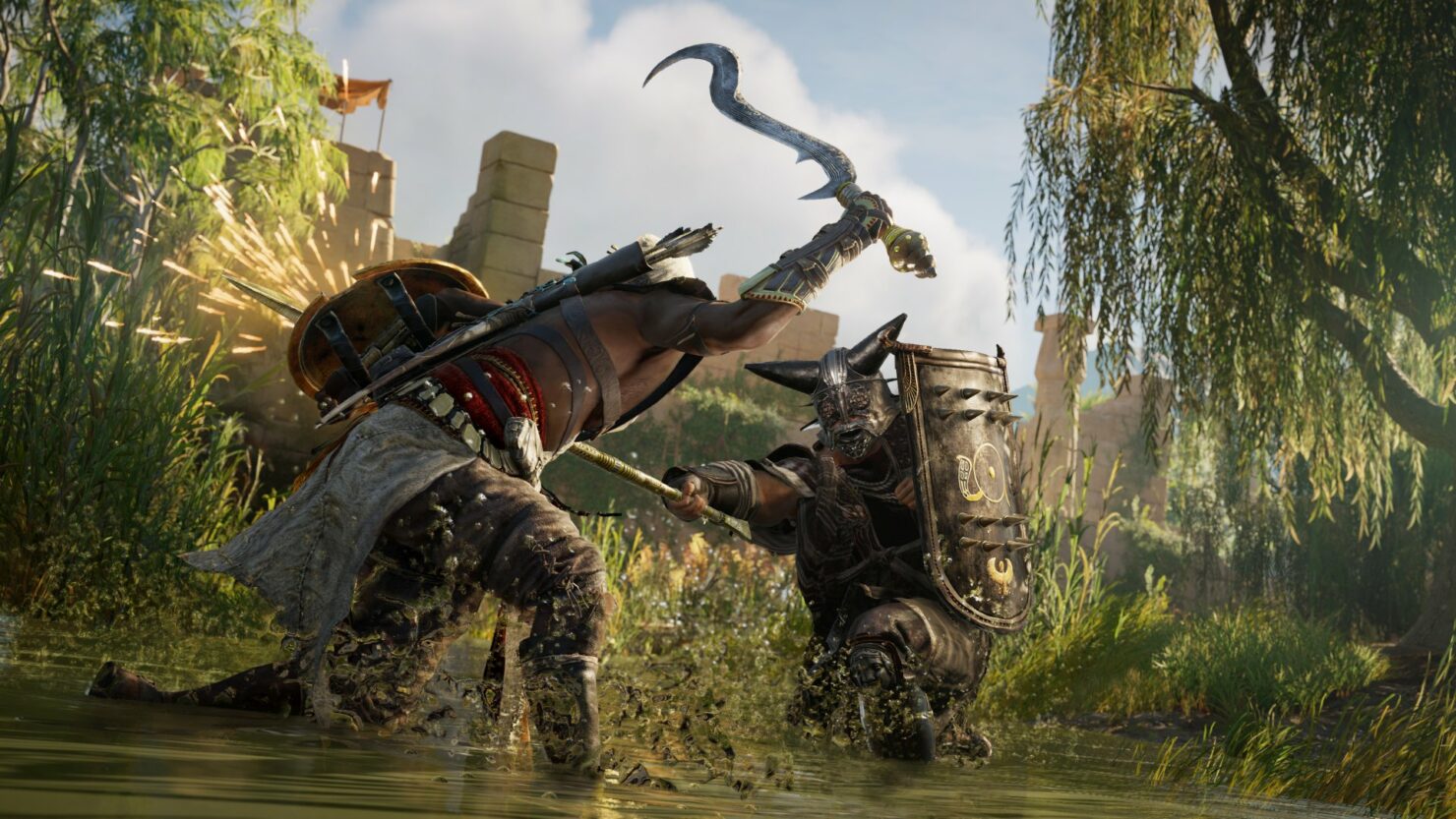 Assassin's Creed Origins is out now after Ubisoft decided the franchise should take a much needed gap year to make sure the next installment was up to snuff.

In an interview published today by GamesIndustry, Creative Director Jean Guesdon explained how the development team (the same that made Assassin's Creed IV: Black Flag) strived to create a brand new experience for players.

In all Assassin's Creed games... when it comes to gameplay, we always strive to bring some new things. With Assassin's Creed Origins, we wanted to take a major leap forward and modernize the experience, which is why we touched so many new other things: bringing in the eagle, the ability to swim everywhere, to climb rocks, to shoot arrows, merging the melee combat with the ranged. All the gameplay is really the modern path, moving to RPG.

Guesdon also defended the addition of Senu, the eagle, which has been likened to Ghost Recon Wildlands' drone.

We always start from the game we want to make, and what makes sense in that game. Which features make sense? The grappling hook in Assassin's Creed Syndicate, for example, made perfect sense because London was the highest city we have ever had. Some buildings are six, seven stories high so we needed something to be able to climb very fast - that came from that need. With Assassin's Creed Origins being a very different world, we came up with different options.

We made a giant world which is totally filled with AI that's persistent and global, so all living beings in the world really live - even far away from Bayek. This is very interesting because it creates situations that we developers didn't predict.

So why the eagle? Yes, partly for the strategic perspective on nearby locations, but we also wanted it to have a new perspective on a much bigger scale, so you can see the world live very far away and set yourself objectives. That has nothing to do with other games.

I've been playing Assassin's Creed Origins and enjoyed it a lot so far, as you can glean from the review-in-progress. Check back soon for the final review and score.