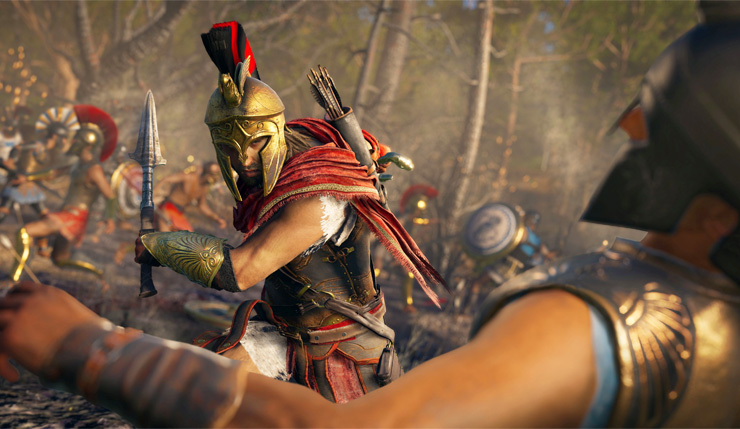 According to internal Ubisoft estimates as of October 7th, Assassin's Creed Odyssey had the franchise's best sales performance in a launch week among the installments released in the current generation of consoles. These estimates include sell-through sales of the full game (both physical and digital editions) and player recurring investment in value.

Geoffroy Sardin, Senior Vice President of Sales and Marketing, said in a statement:

We are incredibly proud of what the team accomplished with Assassin’s Creed Odyssey, and humbled by the amazing reception from critics and players. Based on the quality of the game and the very encouraging reactions from players, we expect Odyssey to be one of the top performing Assassin’s Creed games of all-time. Launch is just the start of this epic journey. We have robust content plans for Assassin’s Creed Odyssey that will keep players engaged and exploring the game’s beautiful and compelling world for a long time to come.

As noted by Ubisoft, Assassin's Creed Odyssey has an ambitious roadmap of content updates that will develop all the way into 2019 (partly because there won't be a new franchise entry next year).

Two expansions are planned for the game, and Season Pass owners are also getting Assassin's Creed III Remastered (which got its improvements detailed just yesterday).

The Fate of Atlantis, (Spring 2019), the second story arc, will set players against mythic creatures while they uncover the mysteries of the fabled sunken city of Atlantis. Each story arc will launch as a series of episodic adventures, with new episodes releasing approximately every six weeks.