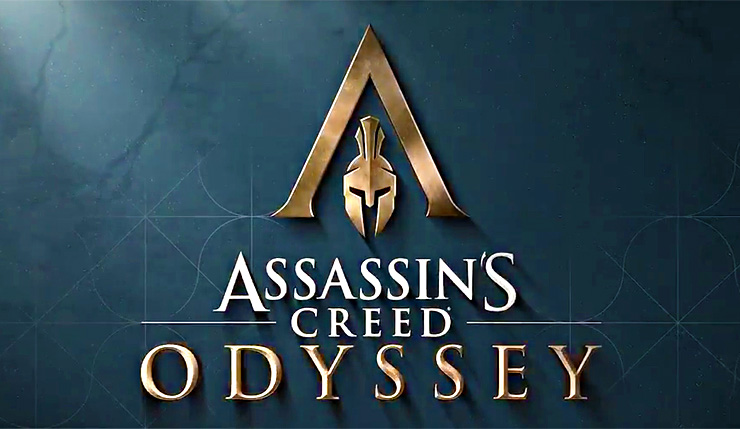 Will there be any surprises left when E3 2018 finally hits later this month? Yesterday, we got perhaps our biggest leak yet, when Assassin’s Creed Odyssey was revealed…via a keychain. The telltale keychain, originally posted by French gaming site Jeux Video Live, was shaped like a Greek hoplite helmet and its packaging featured the Assassin’s Creed Odyssey logo.

Well, with the cat out of the bag, it seems Ubisoft has decided to just go ahead and confirm Assassin’s Creed Odyssey. Check out the announcement tweet, which includes a tantalizing snippet footage, below.

See you at E3! pic.twitter.com/03NTPhCkCf

It’s hard to glean that much from two seconds of footage, but we can confirm the Greek setting (the rocky hills and mountains in the background definitely look very Greek). Also, the one guy booting the other feels like an intentional reference to the infamous “This is Sparta!” scene from the movie 300. Could players be taking on the role of the Spartans in Assassin’s Creed Odyssey?

“[Assassin’s Creed Odyssey] is indeed set in Greece, and it’ll be even more of a drastic departure for the series than Origins. […] While Origins added Witcher-like RPG elements, Odyssey will take things even further, those people said, bringing dialogue options to the series for the first time. You’ll be able to play as either a male or a female protagonist, although the builds we’ve heard about did not feature Origins’ main characters Bayek or Aya, but new heroes.”

Ubisoft’s E3 2018 press conference is scheduled for June 11 at 1pm PT – expect to see a lot more of Assassin’s Creed Odyssey, then!