Assassins Creed III has been getting under everyone's radar recently but aside from cover art and confirmed box art we were left questioning on what the game will be like on the inside? A series of screens found their way on reddit and even though I can't trace the source back to them they seem pretty legit. There is a SLIGHT possibility that these could be fake but the detail looks too good to be a fake.

Here is our assassin (possilbly infiltrating) a British Colony

The new assassin is definitely not Altair nor Ezio, he is definitely a native American due to the numerous hints on his outfit, but his motives and background are still a mystery but what we do know is that he is on the Americans side and he is looking to bringing the British down. He comes with an arsenal of weapons like no Assassin before him his guns are more deadly, his crossbow is now a Bow and Arrow and he even has a Tomahawk in the shape of the Assassins Logo. The screens show him doing espionage on his British foes and even (possibly) assassinating someone. While the game  is still missing a proper plot outline and details it will all be brought to light come monday where Ubisoft will reveal more details on the game, for now here are some more screens for your enjoyment. 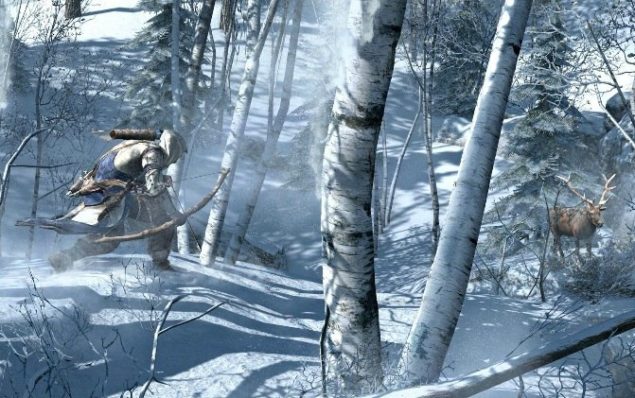 Hunting some Deer with his trusty bow and arrow.

Now THIS is interesting.

I would like to remind you that while these do look genuine they can just as easily be fake, although I am pretty certain of their authenticity since`they look nothing like the work of a photoshop expert :D. 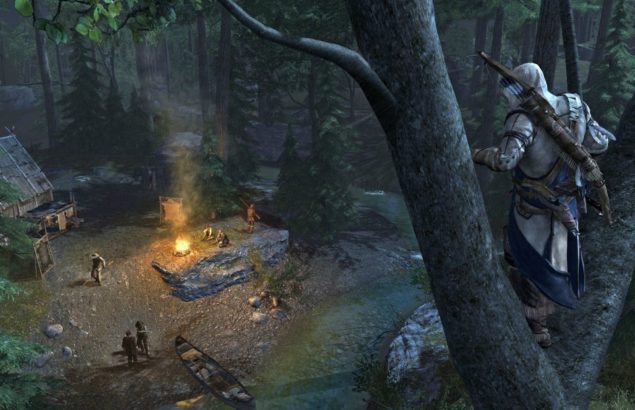