[UPDATE] A Ubisoft spokesperson confirmed that "Golden Age" was indeed, the working title for 2013's Assassin's Creed IV: Black Flag. It is not the name of a future game in the series.

Ubisoft Graduate Program, is a program designed by the famous French company for research and the training of professionals. Looking closely at a document released through the pages of the official program located at Ubisoft Career, a picture can be noticed on the third page,  depicting a working project,displaying  the logo "Assassin's Creed: Golden Age". It is unknown what this could be. We can assume, it's 2016's Assassin's Creed title or another spin-off similar to Rogue, or even a name change given to Assassin's Creed: Victory, which is set in Victorian London, and is already a hot topic in rumors. 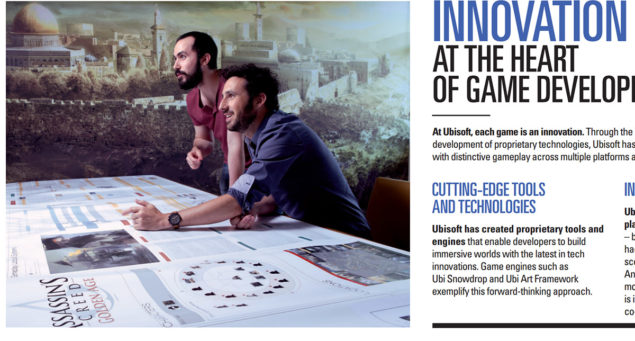 Assuming the first hypothesis and glancing at the picture in the document, we might have a chapter set and centered, during the golden age of piracy. It is quite doubtful that Victory is being renamed as "Golden Age" as that would make no sense, with it being set in Victorian London. The chance of Victory being replaced by Golden Age for this year's release is also not too likely as it has already been confirmed by Ubisoft.

It seems that the document was created on October 6, 2014, but it just came to light. We can only make assumptions at this point. The city in the background though does not seem to reflect the Golden Age of piracy at all. It seems more likely that it could represent the Golden Age of Islam. The latter, could potentially be a great setting for the franchise. If there is a chance that this title comes out during 2015, alongside Victory, then a reveal at E3 later this year is imminent, as is some footage of Victory. Although having a setting with that much potential could better be suited for a full blown release next year. Another possibility could be that this refers to Black Flag and it was initially named Golden Age. We will keep you notified of any new information that we come across with.