Assassins Creed 3 is an amazing game which is finally taking us to a new chapter in the mind of Desmond Miles, after exploring the worlds of Ezio Auditore and Altair we now come to American Revolution where a British Indian dawns the Assassin Cloak and must fight for his land, but what his true motives and his back ground story are still two mysteries waiting to be solved. The new Assassin is named Connor and while he is half British and Half Indian you can see that he is anything but fighting for the British. 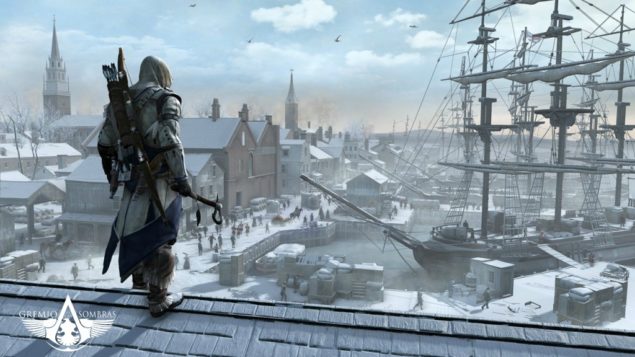 As always a beautiful scenery to enjoy before blood is spilled.

Assassins Creed 3 has been announced for a while now and Ubisoft has been ecstatic to constantly releasing information about the game and recently some screenshots made their way to NeoGaf Forums which show us more details into the game. 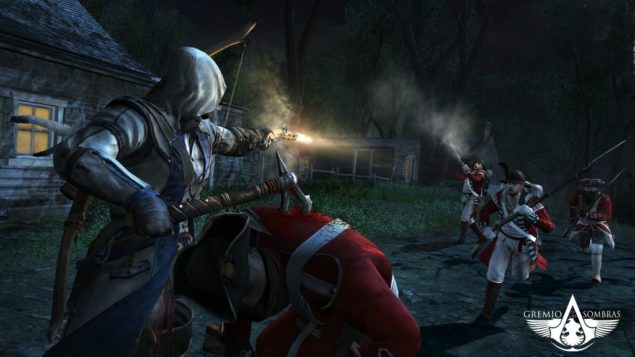 Hatchet goes in, Gun comes out. Rinse and Repeat.

We see that Connor is able to use his Hatchet and firearm very delicately as to achieve maximum kills per minute, The graphics also looked very improved over the previous Assassins Creed games and most of the screenshots suggests that we will be spending a lot of time in the forests hunting British soldiers than we will in towns and villages. This is an interesting change of pace for the game to do something it has never done before and we can finally be the ultimate hunter in the shadows by making Connor able to spy on his prey from the branches of trees where he can keep his eyes on them at a safe distance. 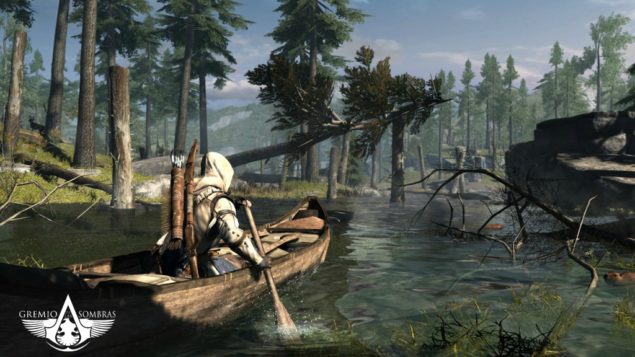 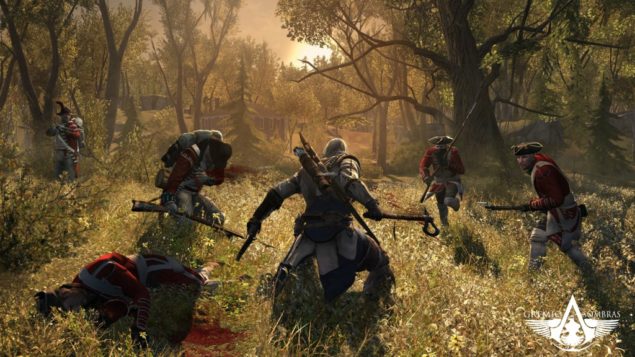 Enjoy the sunset while butchering British soldiers coming at you. 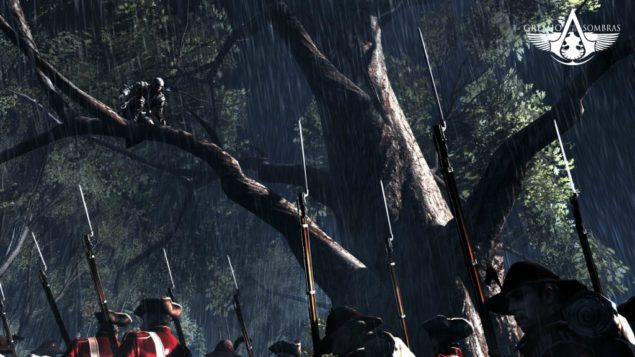 They didn't invite me to their party, I invited them to their funerals. 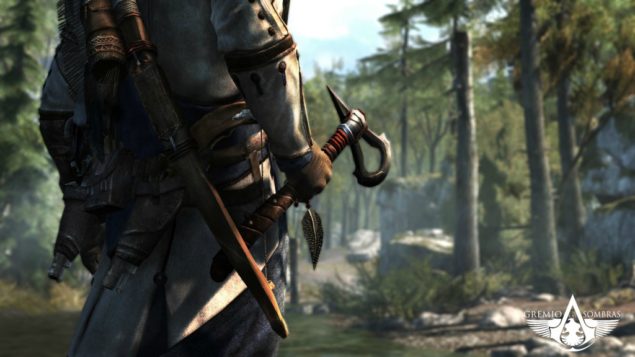